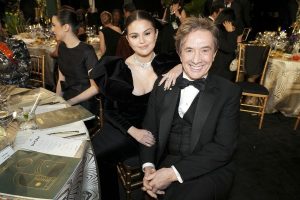 Although Martin couldn’t be there to round out the Only Murders trio, Gomez and Short reminded fans of just how perfect their unconventional friendship is. Here are some of Gomez’s, Short’s, and Martin’s best friendship moments.

Gomez and Martin couldn’t keep straight faces as they took to the stage together to present the SAG Award nominees for Female Actor in a Supporting Role. The two showed off their comedic timing as they joked about botox, the “Shag” Awards, and their family dynamic.

“Thank you so much,” Short said after a round of applause when they entered the stage. “You’re very kind. And right.”

Gomez feigned an exasperated look as she corrected Short for saying “Shag” instead of “SAG.” Exasperation turned to shock when Short cracked a joke about Meryl Streep, as seen below. 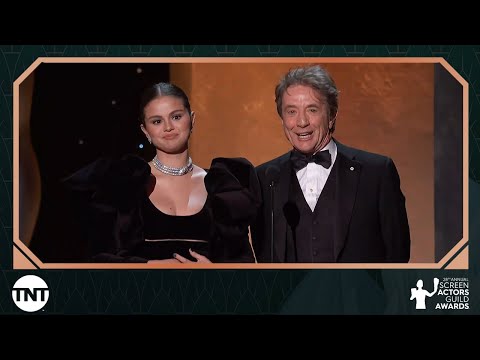 Later, Gomez couldn’t contain her laughter when Short said, “Let’s continue doing God’s work and give another actor an award.” The audience ate their banter up, proving that Gomez and Short are quite the dynamic pair.

Short’s description of the first time he met Gomez

Short once admitted that he was intrigued by Gomez from the very moment he met her. As ET Canada notes, Short described their first meeting on The Late Show with Stephen Colbert, where he appeared alongside Gomez and Martin in September.

“I met her in the makeup chair the first day we shot. And I was right away struck by this beautiful, engaging, and right away charming person,” he explained.

Some co-stars might take time to build chemistry with each other, but Gomez fit right in with Short and Martin. Short added that she made filming “very easy.” And with that chemistry established on day one, the three Only Murders stars could begin a beautiful friendship.

In that same interview on The Late Show, Gomez revealed that the generational gap between the three of them led to some hilarious times. Gomez is 29 years old, while Martin is 76 and Short is 71. Gomez said she exposed her co-stars to some modern trends and phrases, like Cardi B.’s song “WAP.”

“I enjoyed listening to the music that we all listen to — Joni Mitchell, Billie Holiday, Louie Armstrong — but I decided one day it’d be cool if I played ‘WAP,’” Gomez said. “They were very confused at first, but then they were on board with the female empowerment part.” 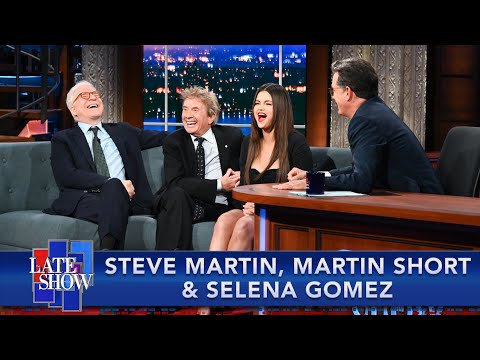 Gomez also taught her co-stars that they were the “OGs.” On TikTok, she shared a video of herself asking Martin and Short what they were. They both responded with, “The OG,” which made Gomez very proud.

While Gomez teaches Short and Martin about current trends, her co-stars teach her some valuable life lessons. As Showbiz Cheat Sheet reported, during a TCA panel in September, Gomez called Short and Martin her “crazy uncles.”

“Sometimes I find that comedy people can sometimes be a little bit distant, and so I didn’t know what I was getting myself into,” she admitted. “And now I have, like, these two crazy uncles in my life that basically give me boy advice, and I sing rap songs to them.”

In addition to boy advice, Gomez said she learned a lot about comedy from Martin and Short. She also appreciated their leadership on set.

“They are so humble, and they are kind, and they are there till the very end. They’ve set such an example for me,” she continued. “I would be so lucky to have a career that lasted that long. I love the way they talk to people, I love the way that they just come to set and make everybody feel good, and that makes me want to be that and do that more.”

Only Murders in the Building Season 1 is now streaming on Hulu. Stay tuned to Showbiz Cheat Sheet for updates on season 2.