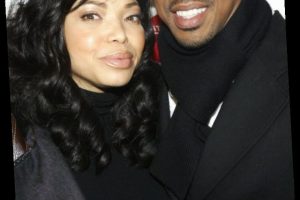 Tisha Campbell is shining since her divorce from Duane Martin. The My Wife & Kids star’s career is on fire. She’s even hopeful about a Martin reboot. But just two years ago, things were looking dim for Campbell amid her divorce.

Campbell is now opening up about the devastating financial toll her split caused, explaining she was penniless and nearly homeless.

Campbell and Martin were together for 27 years before their split in 2017. The couple married in 1996 and were one of Hollywood’s long-lasting couples. Initially, the split appeared amicable with the two promising to remain friends. But Campbell’s tune changed when she alleged she suffered years of physical, emotional, and financial abuse from Martin.

Related: Tisha Campbell Claps Back at Rumor That She Was Referring to Jada Pinkett Smith and August Alsina in a Post

In 2018, TMZ reported that Campbell accused Martin of hiding and misappropriating funds during their marriage. They filed for Chapter 7 bankruptcy a year before the split, alleging their debts totaled over $15 million.

She later shared that the couple’s close friends, Will and Jada Pinkett Smith, loaned Martin $1.4 million. According to Campbell, Martin used the loan to then buy a house, sell the house for $1 million, and pocket the profits. Campbell claims Martin did not disclose the loan details in their bankruptcy filing.

It’s reported that Campbell tried to get Martin to be honest about the money mismanagement before making things legal, but he would not budge.

Despite a career spanning over 30 years as an actor and singer, Campbell says she was penniless amid her split from Martin. In a recent interview with Entertainment Tonight, a teary-eyed Campbell explained just how broke she was to journalist Kevin Frazier.

“[I had] Nothing. No one knows that but I had nothing,” she said. “Nothing in the bank. Nothing. I had maybe $7 to my name and I was scared. It was like I was starting all over.”

Luckily, Campbell’s career continued on a steady path. At the time of the split, she was starring in the ABC sitcom, Dr. Ken. Since then, her hosting career has picked up steam, with her hosting the annual Soul Train Awards alongside her longtime BFF Tichina Arnold. She’s also co-starring in a sitcom alongside Lucy Lui that’s currently in the works.

Related: What is the Cast of ‘Martin’ Worth Today?

Two years post her split, Campbell is in a much better space financially and emotionally. She credits her growth to hard work and a great support system. Her support village includes her two sons that she shares with Martin.

“The fact that I did raise children who didn’t care about the big mansion that I had or that we had to start over or any of it,” she said. “Starting over is not always the easiest thing, but it is the necessary thing. It’s a beautiful devastation.”

Campbell also says she’s not currently open to dating, noting she’s the happiest she’s ever been and wants to continue focusing on herself.

END_OF_DOCUMENT_TOKEN_TO_BE_REPLACED

END_OF_DOCUMENT_TOKEN_TO_BE_REPLACED
We and our partners use cookies on this site to improve our service, perform analytics, personalize advertising, measure advertising performance, and remember website preferences.Ok