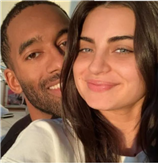 When Matt James broke up with Rachael Kirkconnell after presenting her with his final rose during the most recent Bachelor finale, most viewers seemed to support his decision to end the relationship.

They reasoned that Rachael had a lot to figure about herself and the society she lives in, and now was not a good time for her to embark on a new relationship.

They also expressed their belief that Rachael might be unprepared to enter a high-profile relationship with a Black man, as she seemed to have a poor understanding of what it means to be Black in America.

So you can expect a very mixed reaction to the news that James is currently “pursuing” a relationship with Kirkconnell.

“I’m not pursuing any relationships right now outside of that. I said I was going to focus on my relationship with her and that means focusing on it.”

James’ comments will likely come as a surprise to many members of Bachelor Nation.

After all, this is the same guy who refused to even hug Rachael goodbye during his After the Final Rose special.

Did Kirkconnell make good on her promise to educate herself about the ongoing problem of systemic racism in America?

We hope that she has, and she seemed sincere in her desire to do so, but Matt opted not to speak about the matter during his recent conversation with People.

“That’s something you could talk to her about,” James said.

“A lot of what I’m focused on right now is the work that I’m doing in the community and with the [marathon] training.”

Yes, Matt is a busy man these days, what with training for a marathon and trying to win Rachael back at the same time.

With those two goals at the center of his life, it comes as no surprise that Matt will not be appearing on the upcoming season of Bachelor In Paradise.

“There’s a negative chance I’ll be on Paradise,” James told the magazine.

He also spoke for his best friend Tyler Cameron, adding:

“There is a negative chance Tyler’s on there as well. I think we’re good on that.”

As for how the public will react to Matt’s reveal — well, that’s anyone’s guess.

Generally, fans root for the couples who met on the show to last for the long haul, but to say things are different in the case of Matt and Rachael would be putting it very mildly.

Photos of Rachael attending a plantation-themed party in 2018 sparked immediate backlash and made her arguably the most unpopular contestant in the history of The Bachelor.

When Matt gave Rachael his final rose, viewers demanded that she take accountability for her actions, and Matt decided that the relationship was not worth pursuing.

Only the two of them know what changed in the meantime, but it’s clear that Matt and Rachaels