Home » Celebrities » Matt Roloff Claps Back: I’m Not Privileged! How Dare You?!?

Matt Roloff Claps Back: I’m Not Privileged! How Dare You?!? 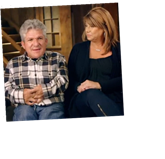 Earlier this week, Matt Roloff finally addressed the ongoing unrest facing America, as protests continue to rage around the nation in response to  the killing of George Floyd.

He just offered up some general niceties and platitudes.

In the face of some critical responses to his aforementioned Instagram statement?

Roloff has A LOT to say.

First, a reminder of what Matt wrote in response to the calls for racial justice that have been ringing around the country for weeks now:

“Practice gentleness, seek truth, give up anger, do not slander, and have compassion for all beings. Be gentle, modest, and useful to others,” he wrote via meme, adding as a caption of his own:

“We live in times of opportunity to do better. I’m in.”

Many followers took note that Matt didn’t say anything about the Black Lives Matter movement or even use the word racism anywhere in this post.

These same followers had previously taken Roloff to task for saying nothing at all during such a crucial moment in history.

In the wake of Roloff’s very broad message on the state of the country right now, at least one individual called out the TLC personality for speaking from a place of white privilege.

And this allegation set Matt off — big time.

“That’s probably the most [uninformed] thing you [could] say to another human of profound short stature,” he fired back.

“Little people are not ‘privileged’ (as in born privileged) regardless of their skin color. LPs have to fight for every inch they get.

“What a cruel thing to say to someone who has fought hard to overcome all the adversity life has to offer … a community that struggles with so much bullying, discrimination, teasing [and] unemployment.

Now, of course, Matt has some point here.

There’s no doubt that little people suffer more than quote-unquote average or regular people due to their stature and some of the physical handicaps that hold them back in everyday life.

… we’re guessing Matt has never been afraid to drive a car or walk down the street because of the color of his skin.

We’re guessing he’s never been scared to interact with a police officer and THAT’s what is meant here by white privilege.

Just a few days ago, Matt’s own son basically called him out for the same reason.

After listing a number of organizations that assist with the cause of social justice, Jacob Roloff tagged all his family members and urged them to donate and/or to use their platforms in order better society.

“Tagging my family (those with great followings) because they have majority white audiences who desperately require a call to solidarity with these protesters and dissenters,” wrote Jacob at the time.

He remains critical of the way his parents have handled this entire situation.

Another follower, meanwhile, clapped right back at Matt in response to his above retort by writing:

“You preach about being tolerant of others and overcoming adversity, but [you’re] clearly not in support of all of the unrest that your Black brothers and sisters are going [through].

“You have remained mute on the subject.

“Way to go not wanting to rock the boat with your core conservative audience. Practice what you preach. So disappointed with you and your family (except Jacob).