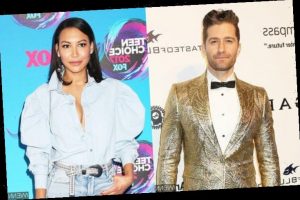 The onscreen teacher of the ‘Glee’ McKinley High is honored to witness the Santana Lopez depicter’s talent in the wake of announcement that her body was found in Lake Piru.

Naya’s body was recovered from Lake Piru in California on Monday (13Jul20) and the likes of Jane Lynch, Kevin McHale, and Chris Colfer were quick to share their thoughts about the tragedy, and now Morrison has joined his castmates in penning a touching tribute to the actress via Instagram.

Calling her “such a powerful force,” Morrison explained he felt honoured to witness Rivera’s talents on set, but he was most impressed by her devotion to family.

“Naya would shine brightest when surrounded by her wonderful family,” he wrote. “A common passion we both shared recently was that of our roles as parents. Naya was fervent about motherhood and had a steadfast love for (son) Josey.”

“It is that powerful love that ensures us that her story does not end here. I’m confident that her positive influence will be continuously felt, and that her beautiful spirit will carry on in the lives of so many.”

“I’m devastated by this immense loss. This week has been long and trying with much praying and hope. I find some solace in closure, but the pain I feel for her and her family cannot be measured. Rest in peace, keep shining down on us with your bright light.”

Naya disappeared during a boating trip with her four-year-old son on Lake Piru last week (08Jul20).