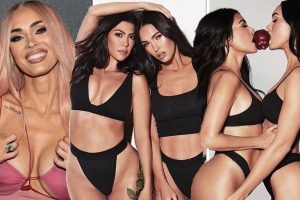 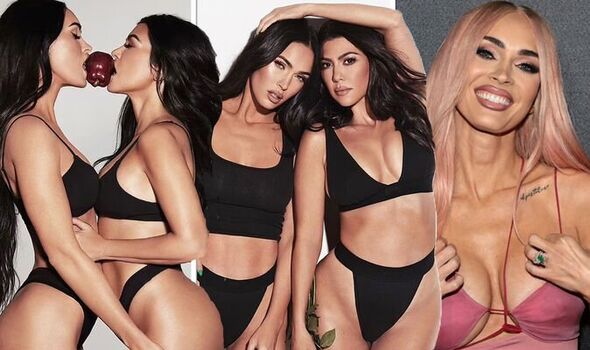 Megan Fox, 36, and Kourtney Kardashian, 43, both wowed in a series of promotional photos for Kim Kardashian’s SKIMS brand last year.

The two pals posed together as one photo showed the pair sharing an apple while sporting the two-piece underwear.

A second snap saw Megan and Kourtney lean into one another as they both gave a smouldering look to the camera.

Machine Gun Kelly’s girlfriend has since shared a series of saucy behind the scenes snaps from the photoshoot where the pair sported scantily-clad attire.

The first image, taken by celeb hair guru Andrew Fitzsimons, showed the pair crouching on the floor looking up at the photographer.

The second showcased Kourtney, 43, straddling Megan, 36, on the edge of a toilet seat while the ladies teased by sticking out their tongues.

Megan captioned the post she shared with her 20.3 million Instagram followers: “BTS of my skims shoot with Kourtney.

“Should we start an OnlyFans?” 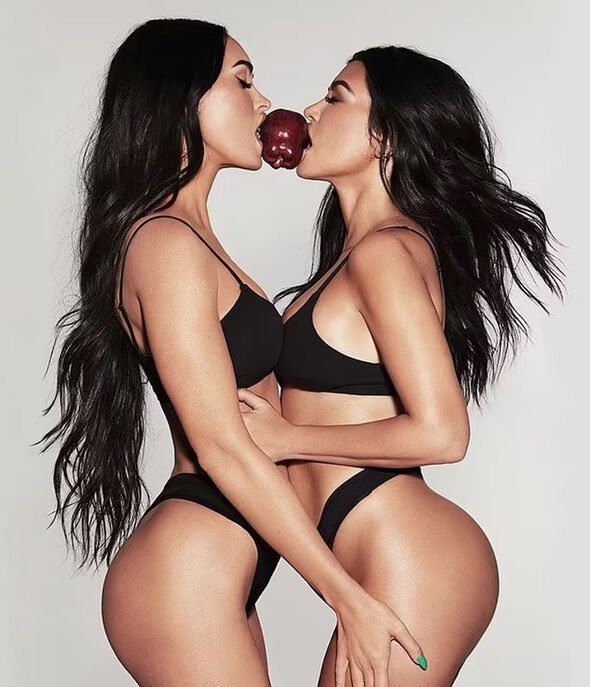 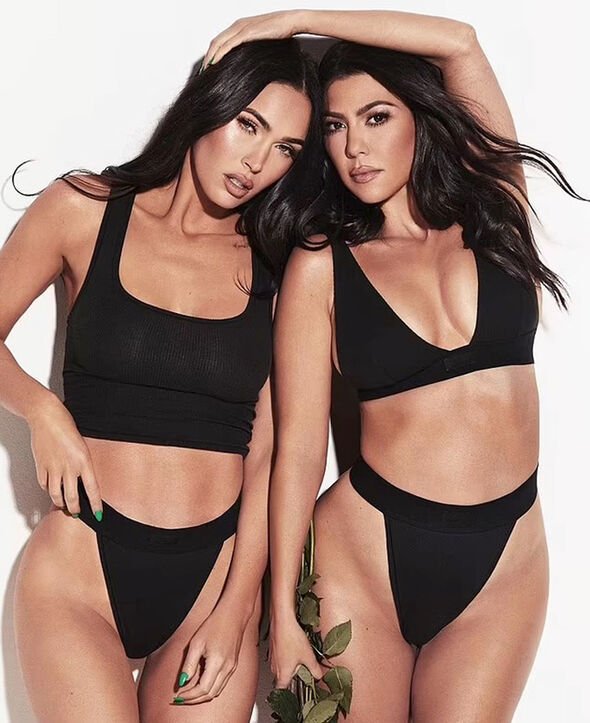 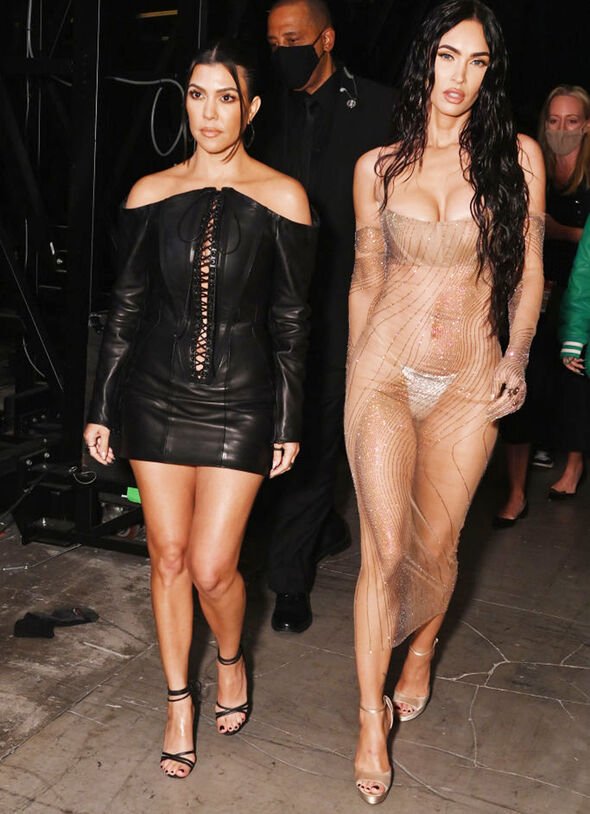 Megan Fox and Kourtney Kardashian at the MTV awards 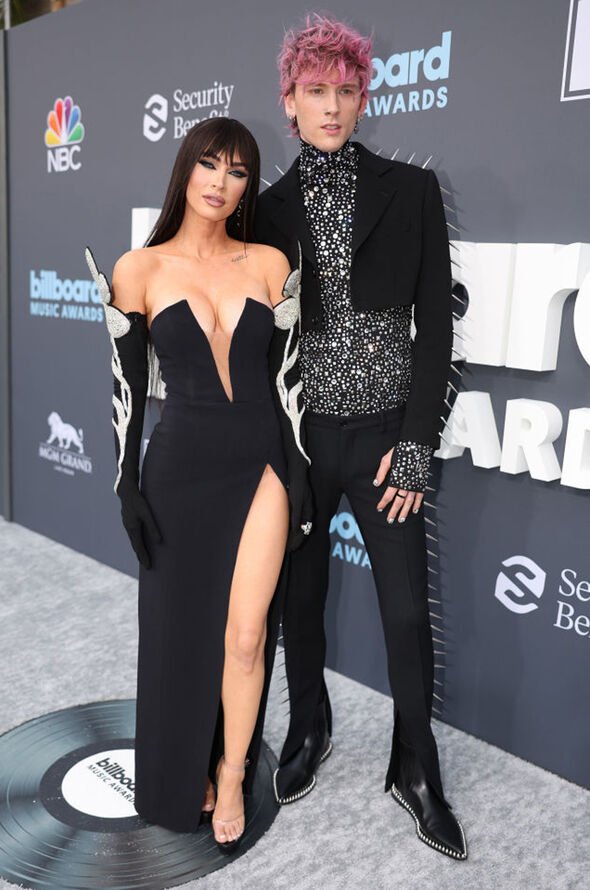 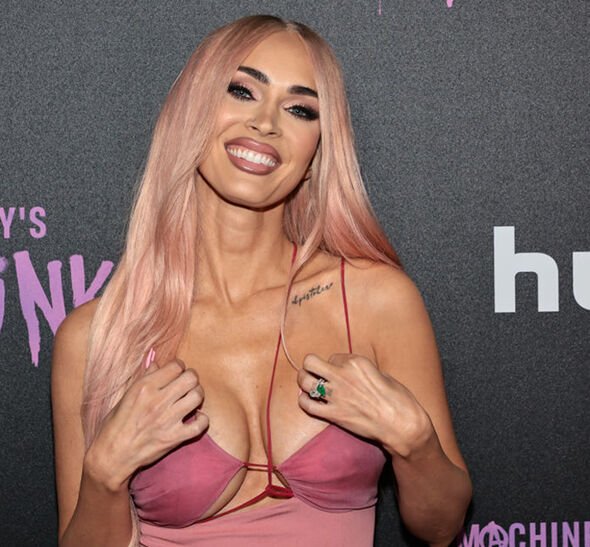 Megan Fox is known for her eye-popping looks 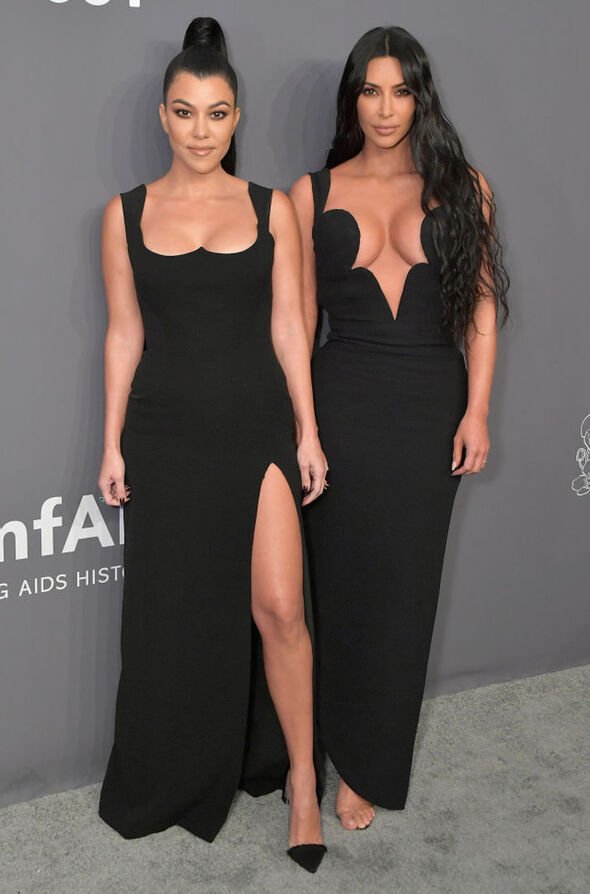