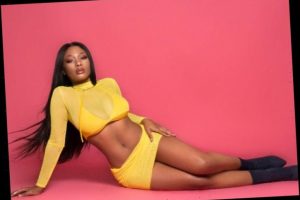 Megan Thee Stallion has released an animated video for “Savage,” the third single from her recent album, Suga.

The Jude MC-directed action-packed visual, which clearly reveals Megan’s love for anime, shows the singer as a one-woman army, riding motorcyles and speeding through the wild west to take on a heavily guarded evil entity engaged in producing evil robot dancers.

Suga is Megan’s first release since her 2019 mixtape, Fever.