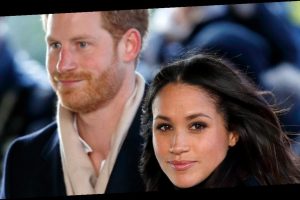 Meghan Markle and Prince Harry are expecting their second child together, the couple announced on Valentine's Day.

The Duke and Duchess of Sussex, who are already parents to one year old son Archie Mountbatten-Windsor, said their first child is set to become a "big brother".

A spokesperson for Meghan, 39, and 36 year old Prince Harry said: "We can confirm that Archie is going to be a big brother.

“The Duke and Duchess of Sussex are overjoyed to be expecting their second child.”

The royal couple made the revelation alongside a gorgeous black and white photo of Harry resting his hand on Meghan's head as she lays in his lap underneath a tree, cradling her blossoming baby bump.

Archie will be two years old when his younger sibling, whose gender is yet to be revealed, arrives as his birthday is on 6 May.

Meghan, who said she suffered a heartbreaking miscarriage in July last year, and Harry's second child will be another grandchild for Her Majesty Queen Elizabeth II. The new baby will also be eighth in the line to the throne.

In January, royal expert and author of their biography Finding Freedom, Omid Scobie, told OK! that the pair were keen to extend their family after moving to the US.

He said: "After experiencing loss, I wouldn’t want to suggest they are trying again, but they’ve made no secret of their desire to grow their family."

Omid continued: “They’re happy and content as three, but I could envisage them trying again if and when the time is right. "But they’re devoted parents to Archie and their world revolves around him.”

The expert insisted that while the harsh restrictions of lockdown were tough on the couple, who recently made a surprise appearance at a Zoom poetry session, the enforced pause brought them closer than ever before.

“There was a time when it was just the three of them and they coped without childcare. It strengthened them as a couple and Harry and Meghan really are happier and more in love than ever.

"There’s no doubt in their minds that leaving the royal family was the right thing for them.

"They were living at 100 miles an hour and, had it not been for the pandemic, they probably would have continued that way in their own projects. But the pause came at the right time for them to rest and re-evaluate what’s important.