Home » Celebrities » Meri Brown: Who Needs a Husband? I’m My Own Hero!

Meri Brown: Who Needs a Husband? I’m My Own Hero! 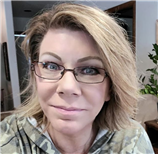 Meri Brown wants to make sure everyone gets the message.

The long-time Sister Wives star has spent a very long time sharing cryptic and/or inspirational messages on social media, almost all of which seemed to make reference to her failure of a marriage.

Yes, Meri remains married to Kody Brown — in a spiritual sense of that terrm.

But both sides have been very open for awhile now that there’s no longer any affection between them, with Kody openly saying he’ll never sleep with Meri again.

Why doesn’t Meri therefore make it official and walk away?

It’s not entirely clear, although Meri tried to explain in February that she believes in family… and that her family extends far beyond Kody.

“My goal and my purpose and my point is to just be a better person and to just look at the family because there’s value to that,” Meri said back then. “There is value to this family that we have created.”

There is. That’s true and that’s an admirable way to look at things.

Many observers, however, simply believe Meri is too weak to go off and live a truly single life, which is an assertion Brown has often tried to push back against.

She attempted to do so again on Tuesday, May 31.

“Who takes care of you?” asked Meri to open a lengthy Instagram message that day, continuing as follows:

This is a question I’m asked often, and through the years I’ve had different responses, and wanted different answers.

And, it’s a question that always makes me think.

In the moments where I’ve felt less confident, I’ve wanted someone else to swoop in and be my hero, and come in to take care of me.

In the moments where my inner strength is shining through, oh, you know I got this!

As is always the case when Meri writes something such as this, Meri never cites Kody by name in her message.

Instead, she aims to motivate others who may be in her situation.

Or educate those who may question her situation.

“We are each responsible for our own selves. For our own inner peace,” continued Meri.

“For how we act and react when things go our way or don’t, when someone says something kind or not. We are responsible for our own successes.

“We are each given a different set of wins, losses, challenges, strengths, and what we do with them is up to us, individually.”

Again and again over the past year or so, Meri has done her best to hammer this point home.

She likes to emphasize how she’s bold and brave and doesn’t need a man.

Which is sort of a great attitude to have; no one should need a partner.

But Meri has also admitted in the recent past that she holds out hope that Kody will someday turn things around and love her once more.

She has admitted this, despite Kody having admitted on a Sister Wives Season 16 episode last year:

Said Meri in response at the time:

“Kody has said some things to me more recently that leads me to believe that there’s no repairing our relationship. There are days when I get very, very discouraged.”

There have been times in my life when I’ve given my power away, or let it be taken because I didn’t either know better, or have the courage to say no.

But not now. Now, I choose my own path, I make my own decisions, I work for what I want, I go toward my own goals and dreams.

If your path and energy aligns with mine, great! If you are rising and want to rise with me, even better!

I am attracting who wants to be on my life path with me. I am welcoming friends and cheerleaders and mentors and all the amazing people who vibe with me and want to do life with me.

I am learning and growing, I am going through challenges and coming out the other side strong and with eyes open to my truth.