Home » Celebrities » Michael Cimino Turned To One of His Family Members For ‘Love, Victor’ Guidance

Michael Cimino Turned To One of His Family Members For ‘Love, Victor’ Guidance 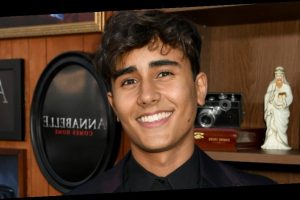 The 20-year-old actor told People that he consulted with his cousin before he started filming the Hulu series.

“I talked to my cousin, who is gay. He told me things that really hurt him and helped him [when he was coming out.] It was very special for both of us,” Michael shared, while promoting the series, that just debuted this week.

If you didn’t see, check out our 10 Fun Facts feature with Michael’s co-star, Rachel Hilson, who plays Mia Brooks!