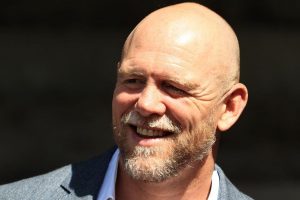 Mike TindalljoiningI’m A Celebrityis a smart move, according to a royal expert who believes the ex-rugby ace is "underused" by the monarchy.

The 44 year old former England centre, who is married to the lateQueen's granddaughterZara Tindall, has reportedlysigned up to the ITV reality show– making him the first royal to do so.

And royal expert Duncan Larcombe said it was a clever move – as Mike is a “huge asset” who could replace Prince Harry as the family’s “court jester”.

Larcombe added it seemed unlikely that Mike would not have sought King Charles’ permission before agreeing to join I’m A Celebrity –as has been reported.

He told theMetro: "I think it’s hard to believe that Mike and Zara, who would have made this decision together, would have agreed to this without checking with the new king.

He added: "That is a piece of family protocol."

Larcombe went on to say Mike would likely have signed up to the show “years ago” had he not met then married 41 year old Zara in 2011.

The royal expert said: “The reason I don’t have a problem with it and why I don’t think the palace would either is the fact that Mike Tindall won a Rugby World Cup. He has a successful broadcasting career and this is about him being an ex-rugby player, and plenty of them have been in the jungle.”

Larcombe went on to say Tindall was a "huge asset" who has been "really underused by the Royals".

He added: "He’s been on the scene as long as the Princess of Wales . . . [and while] Prince Harry used to be the family’s court jester, we saw a side of Mike at the Jubilee when he was just being Uncle Mike playing with the kids.

"While he isn’t a blood royal, I bet he is going to entertain the rest of the family and I would bet the vast majority of them would tune in."

But Larcombe added it could be "embarrassing" if Mike blurted out what he really thought of members of the royal family on live TV.

Mike, who lifted the 2003 Rugby World Cup with England, is said to be among the most down-to-earth and fun-loving royals.

He has previously taken part in Channel 4 show The Jump, the winter sports competition he reportedly agreed to join with the blessing of the late Queen. He has also appeared on Bear Grylls: Mission Survive.

He is now a co-host of sports podcast The Good, the Bad and the Rugby, where he occasionally shares anecdotes about his royal relatives. Mike and Zara are non-working royals, making their own way financially, though they do live at Gatcombe – the Cotswolds estate of Zara’s mother Princess Anne.