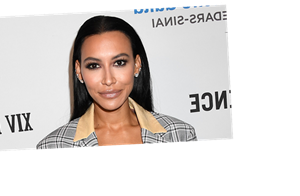 Naya Rivera is featured as a guest judge in a season 3 episode of Netflix’s baking competition show, Sugar Rush, in what is the actress’ final filmed appearance, Netflix confirms to ET. The season drops on the streaming service at midnight Friday.

Rivera filmed her appearance on Sugar Rush in February, weeks before Hollywood shut down due to the coronavirus pandemic in March, Deadline first reported. The episode will be dedicated to the late Glee star with an onscreen note honoring Rivera before the opening credits.

She will be seen alongside chefs and regular judges Candace Nelson and Adriano Zumbo, as well as host Hunter March in the new season, which is being called Sugar Rush: Extra Sweet.

The episode shows the late actress and singer judging three rounds of the baking competition and ultimately putting in the deciding vote on the winner.

During her appearance, Rivera mentions her son, Josey, telling March she’s a big baker at home. “I have a 4-year-old son, so you’re kind of required to know how to bake at that point,” she says with a smile. Asked what his favorite baked good was and Rivera proudly answers: “Chocolate chip cookies.”

Rivera, who had a recurring role on YouTube/Starz’s Step Up: High Water, will continue to be remembered as the series looks ahead to season 3.

“She was a vibrant and luminous talent who will always remain a very special part of our Step Up family,” a message posted to the official series’ Instagram page read. “Her remarkable contributions to our industry created a lasting memory that will be carried forward by everyone who had the privilege of knowing her.”

Rivera’s body was recovered July 13 in Lake Piru just north of Los Angeles, days after disappearing following an afternoon boat ride with her 4-year-old son, Josey, before the tragic accident. She was 33. Ventura County Sheriff Bill Ayub said in a press conference that authorities speculated Rivera drowned after boosting her son onto the boat after a swim.

Rivera was honored with a private funeral and laid to rest at Forest Lawn Memorial Park in Los Angeles on July 24, according to the death certificate obtained by ET.

To stay up to date on breaking TV news, sign up for ET’s daily newsletter.