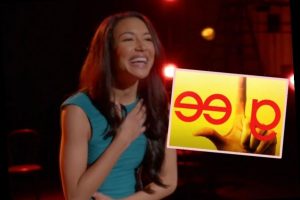 The world will never see another talent quite like the late Naya Rivera.

As reported, the 33-year-old actress and singer was found dead five days after a swimming trip on Lake Piru with her 4-year-old son Josey Hollis Dorsey went horribly wrong. Before her tragic passing, Rivera was best known for her iconic portrayal of Santana Lopez on FOX‘s Glee.

Naya took her character from a snarky, one-dimensional antagonist to Lea Michele‘s Rachel Berry to a beloved fan-favorite with a ton of depth. The covers she sang on the hit series were a beautiful display of her dazzling star power. Not to mention, Santana’s coming out story was groundbreaking for TV at the time, and had a huge impact on LGBT viewers of all ages.

Join us in mourning her loss and cherishing her legacy by revisiting some of her best musical performances on Glee:

No one could take the place of Amy Winehouse. But Rivera’s sultry and raspy vocals made this cover of Valerie shine maybe even as bright as the original. Performed during season 2 after she had just become a series regular, Rivera proved she could own the stage just like her peer and on-screen rival Lea Michele with one sassy strut after another. So fierce! This rendition became somewhat of a signature for her, as she would go on to perform it as several Glee events and appearances after leaving the show.

One of Santana and Mercedes Jones’ many dazzling duets together! Rivera and her fellow glee club member, played by Amber Riley, absolutely brought down the house with their performance of Ike and Tina Turner‘s River Deep, Mountain High. What started off as a friendly competition between the group to win free dinner from Mr. Schuester (Matthew Morrison) eventually turned into a strong case for why these two were among the most talented to ever star on the show. Enjoy the hair flips, vocal riffs, and fun dance moves (above)!

By this point in this series, the fictional and IRL rumored beef between Rivera and Michele took on a new form when Santana auditioned to be Rachel’s understudy in a production of Funny Girl. By singing what had been Rachel’s signature song up until that point, Santana made our jaws collectively drop! Gurl belted out the classic Broadway number with the ease and finesse of Barbara Streisand herself, leaving Michele’s character absolutely flustered! Talk about owning your rival!

Although guest star Gwyneth Paltrow technically had the leading vocals on this one, all eyes and ears were on Rivera as they beautifully sang Fleetwood Mac‘s Landslide! Santana used this song to express her deep feelings for Brittany and the longing look on her face throughout is enough to make the coldest heart melt.

In arguably the best number of Glee‘s “Mash Off” episode, Rivera’s character is responding to rumors about her sexuality through song with an impressive vocal assist from Mercedes (Riley) on the iconic mashup of Adele‘s Rumor Has It and Someone Like You. Her anger over being publicly outed as a lesbian just moments before hitting the stage is palpable and we dare you to take your eyes off of Naya, because we can’t! Easily an all-time favorite performance.

Glee was known for going all out with its musical numbers and this take on Michael Jackson‘s Smooth Criminal definitely took a few creative liberties, LOLz! However, in this standout number, Rivera delivers intense vocals and looks that could kill in a face-off with Sebastian (The Flash‘s Grant Gustin), leader of an all-male glee squad at their rival school.

During the latter half of season 2, Santana used this heartfelt performance of Songbird to reveal her true feelings to fellow Cheerios cheerleader turned lover, Brittany Pierce (Heather Morris). The heartfelt emotion on her face and pain in her voice deeply resonated with closeted fans who saw themselves in Rivera’s character. The two characters later tied the knot and their on-screen love story would go on to receive critical acclaim — but their special bond began right here as Rivera sang her heart out to Fleetwood Mac‘s Songbird.

Another memorable but heartbreaking Brittana moment! Santana sang Taylor Swift‘s Mine to break things off with Brittany before leaving their hometown for New York. Even if you’re not a Swiftie, it’s hard to deny Rivera’s cover hit every emotional note possible, tears streaming down her face and all.

This cover of Alicia Keys‘ Girl on Fire perfectly showcased Naya’s jazz-pop vocal range and power. The farewell ballad came at a pivotal time in the series as her character Santana ventured away from her old stomping grounds at McKinley High and off to New York City to spread her wings and discover herself. She truly was on fire with big dreams, big stage presence, and impressive pipes to match!

Rivera’s cover of The Band Perry‘s If I Die Young was a beautiful and gut-wrenching tribute to Cory Monteith (and his character Finn Hudson) following the actor’s shocking and tragic death in 2013. Now, it’s even more painful to watch in the wake of her sad and untimely death. From the eerie lyric, “sink me in the river,” in correlation to how she died by drowning, to the emotional moment she broke down in tears at the very end of the song, this haunting performance is sure to stick with you. Grab a box of tissues for this one, trust us.

You are gone but never forgotten, Naya. R.I.P.