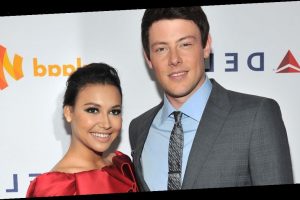 Glee star Naya Rivera was confirmed dead yesterday, 13 July 2020, by Ventura County Police department after her body was found on day six of the search at Lake Piru in Southern California.

The 33 year old had been enjoying a day out on the lake with her four year old son Josey before she went missing and was presumed dead.

Naya’s tragic death was confirmed seven years to the day after her co-star Cory Monteith died at the age of 31.

He was found dead in a Canadian hotel room on 13 July 2013 following an alcohol and drugs overdose.

Cory played Finn Hudson on Glee from season one until his death in 2013, during the filming of season four.

Naya and Corey’s Glee co-star Kevin McHale, who played Artie Abrams in the Fox series, has said he believes Cory “helped” find Naya’s body on the seventh anniversary of his death.

He wrote on Twitter: “I'm not religious by any means, but you'd be hard-pressed to convince me that Cory didn't help find our girl today.

“These 2, in many ways, were the male and female versions of one another. So nice, cared deeply, were stupidly talented, the most fun, and really really good people.”

At a press conference at Lake Piru, Ventura County Sheriff Bill Ayub confirmed the sad news that Naya's body had been found.

He also shared tragic details about the minutes before Naya’s death, saying it appears she used her “last bit of energy to save her son”.

He said: “We believe it was mid-afternoon when she disappeared.

"The idea perhaps being that the boat started drifting, it was unanchored, and that she mustered enough energy to get her son back into the boat, but not enough to save herself."

At the press conference, Sheriff Ayub added: "We identified specific areas of the lake they visited by looking at the shoreline features at the background of FaceTime videos when she was chatting to family members while out on the lake.

"We know from speaking with her son that he and Naya swam in the lake together at some point during their journey.

"It was during that time that her son described being helped into the boat by Naya, who boosted him onto the deck from behind.

"He told investigators that he looked back and saw her disappear under the surface of the water.

"Our hearts go out to her family, friends and fans during this difficult time. An autopsy will be performed to determine the cause of her death."