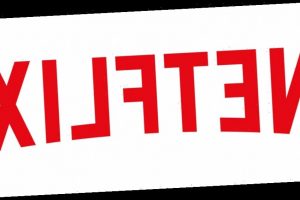 Does it feel like all of your favorite Netflix shows are getting cancelled lately? You’re not alone as many people are complaining to the streaming service, but the company’s execs are defending the amount of shows they’ve cancelled.

Netflix has been accused of canceling more shows than other networks, but the company has revealed their cancellation rate matches the industry standards.

“If you look at season twos and more, we actually have a renewal rate of 67%, which is industry standard,” Netflix’s Global Head of TV, Bela Bajaria, said during an event this week (via Deadline). “We also do make a large amount of first season shows, which sometimes feels that we have more first season cancellations but if you look at the renewal rate it’s really strong. I also think you have to look at The Crown, with season four launching now, Grace & Frankie and The Ranch, we’ve had long running shows and we’re always going to have a mix that are great to be told in a limited series form and shows that go on for multiple seasons.”

Bela added, “I’ve been in the business a long time and been on all different sides of those cancellations. It’s always painful to cancel a show and nobody wants to do that. We order straight to series in the first rather than make pilots, which results sometimes in more season one cancellations. Even with that, I still believe a season order is still a better creative expression of a writer’s idea so I still think that’s the right model for us.”

Some of the most recent cancellations on Netflix include Away, The Society, Teenage Bounty Hunters, The Dark Crystal: Age of Resistance, and I Am Not Okay With This. See the more than 20 shows that have been cancelled in 2020.

Co-CEO Ted Sarandos said, “It seems like in this new age of television, the business model is a little different. The things that marked success prior to Netflix and OTT really had been getting to syndication, that was the goal and anything that didn’t get to 100 episodes of past the four didn’t feel like a success, whereas I think many shows can be a success for being exactly what they are and you could tell that story in two seasons or one season or five seasons. I think it gets talked about so much because it’s measured against the old way of doing things.”

See all of the shows that Netflix has renewed this year too.

END_OF_DOCUMENT_TOKEN_TO_BE_REPLACED

END_OF_DOCUMENT_TOKEN_TO_BE_REPLACED
We and our partners use cookies on this site to improve our service, perform analytics, personalize advertising, measure advertising performance, and remember website preferences.Ok