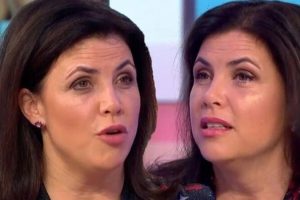 Kirstie Allsopp, 50, has come under fire in recent weeks after claims that young people should “move up” North if they want to buy a house. The Location, Location, Location presenter has taken to Twitter to reveal that the original story sparking fury has been “removed” as the comments were “never said”.

It struck at the heart of the work I’ve done.

In view of her 426, 500 followers she penned: “The Sunday Times have reviewed the tape of my interview with them and agreed that I never said I was enraged by people saying they could not afford to buy a home.

“Both the Sunday Times & Times are removing all references to this statement in their online additions.

“I would be grateful if other publications which repeated this false statement could do the same.

“The unaffordable nature of homes in many parts of the UK is something that has concerned me for a long time.

“The impact of this on society as a whole is very serious.”

She continued: “The premise that I had no sympathy or empathy for those who can’t afford to buy a home was entirely false.

“It struck at the heart of the work I’ve done for over 22 years, and in our internet age nothing is tomorrow’s chip paper.”

She then thanked those that have helped her during this time and hopes others will “draw a line” under it due to “vile” social media comments regarding the matter.

Many social media users took to the comments to reveal what they now think of the situation.

Raylan_uk said: “Isn’t part of the problem that people were so quick to believe you did say this because that is already their perception of you?

“Something to think about maybe.”

Thebegi34878847 added: “It’s awful how much Kirsty has been picked on, basically from what I can see, due to her heritage. (sic)

“What she said was perfectly understandable – there are still affordable areas in the UK if people want to buy.

The social media outrage has come after Kirstie had reportedly told the Sunday Times in a recent interview that she bought her first home at 21 with the help of her family.

She had been quoted as admitting feeling “enraged” when people said they could not afford property.

“I used to walk to work with a sandwich. And on payday I’d go for a pizza, and to a movie, and buy lipstick.

Many furious social media users took to the internet to hit out at the Channel 4 presenter, with her recent tweets hitting back at these claims.