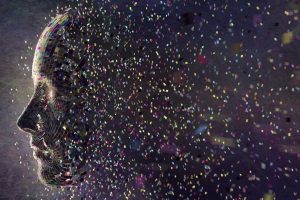 For the first time ever, we’ve caught a glimpse of what human brain waves look like in a dying person.

After a fall, an 87-year-old male went to the emergency room and rapidly deteriorated while hooked up to an electroencephalograph (EEG) machine that captured his brain waves as he passed from a heart attack. This is not the first time we’ve seen the brain activity in a dying person—some patients who have been pulled off of life support have had simplified EEG recordings taken, though they’ve been limited to frontal cortex signals. This, however, is the first case of detailed recordings that may be able to shed some light on what we experience when we die.

“For decades now, people have reported episodes of paradoxical lucidity and heightened consciousness in relation to death. This is intriguing as this seems to be occurring in brain areas that are shutting down in relation to death,” says Dr. Sam Parnia, director of critical care and resuscitation research at NYU Langone.

“Although, in the past, it had been assumed that these may simply be anecdotes, population surveys have indicated that this phenomenon occurs in around 10 percent of the population [suggesting] that around 800 million people are living with this,” Parnia tells Popular Mechanics.

The team working with the patient was able to capture about 900 seconds of brain activity and focused most of its analysis on the first 30 seconds before and after the patient’s heart stopped beating.

“This raises the possibility that a marker of lucidity at the end of life may have been discovered.”

“What is most intriguing is that this seems to be occurring when the brain is shutting down at the end of life. This study supports these descriptions and certainly raises the possibility that a marker of lucidity at the end of life may have been discovered,” says Parnia.

Still, the team who worked with the patient can’t be certain that his life was flashing before his eyes because his health was already in decline at the time of death—he had suffered brain injuries that included bleeding, swelling, and seizures. Additionally, he had been taking anti-seizure drugs which further complicate what the data looked like as well as the interpretation of that data. Further, the team didn’t have healthy scans of the patient’s brain to compare against the more recent scans in which the patient was already in decline.

In their paper, the team who worked with this patient theorized that because “cross-coupling” between the alpha and gamma waves indicates memory recall in healthy patients, this particular patient could have been experiencing a “recall of life,” or what is often referred to as someone’s life flashing before their eyes. Alpha brain waves are produced when we’re alert but calm and help us with activities like learning and coordination. Gamma waves are the fastest and are associated with high-level alertness, cognition, memory, and focus.

According to Parnia, while the brain is in the process of shutting down and dying, “there is disinhibition of parts of the brain (i.e. emergence of functions) that are ordinarily depressed by our usual brain activity,” such as those we use to get through our day-to-day tasks. Because of this, we’re granted access to what Parnia refers to as “aspects of reality at death that we would ordinarily not have access to,” including the depths of our consciousness.

To learn more about what happens within our brains during death is essentially impossible, though, because scientists would need to observe the neural activity of healthy subjects.

“We do not anticipate death in healthy subjects and therefore could not obtain recordings in the near-death phase in anything other than from circumstances involving pathological conditions in acute care hospital settings,” the paper’s authors note. That the team was able to capture the 87-year-old patient’s brain waves as he died occurred entirely by happenstance, after all.