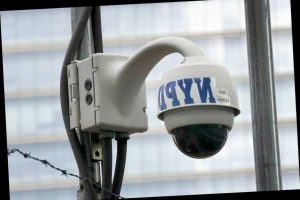 The NYPD announced that it would be phasing out its plainclothes anti-crime unit in a press conference Monday. Police Commissioner Dermot Shea called it “a seismic shift in the culture of how the NYPD polices this city.”

“I would consider this in the realm of closing one of the last chapters of ‘Stop, Question and Frisk’. … I think it’s time to move forward and change how we police in this city,” he added. “We can do it with brains. We can do it with guile. We can move away from brute force.” Around 600 officers will be transferred to other units, including the detective’s department and neighborhood policing.

The move follows weeks of protests spurred by the police killing of Minneapolis’ George Floyd. Earlier this month, the Minneapolis City Council pledged to dismantle the MPD in hopes of creating a new system.

The abolishment of plainclothes cops follows the repealing of 50-A, a 44-year-old provision that had previously shielded police officers’ disciplinary records from being released to the public. “Thankfully here in New York City angry demonstrations have turned peaceful,” Shea said Monday. “Thoughtful discussions about reform have emerged.”

PBA President Pat Lynch objected to the move in a statement (via ABC News): “Anti-Crime’s mission was to protect New Yorkers by proactively preventing crime, especially gun violence. Shooting and murders are both climbing steadily upward, but our city leaders have clearly decided that proactive policing isn’t a priority anymore. They chose this strategy. They will have to reckon with the consequences.”

Meanwhile, upwards of three police officers have been suspended for their actions during recent protests in New York. Most recently, an officer was suspended for macing a group of Manhattan demonstrators.