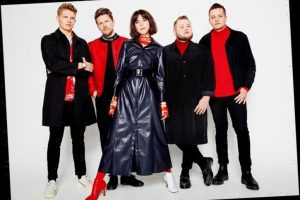 The band stripped down the song and slowed it down to give it a softer, melodious, and more mournful sound.

Malone’s “Circles” returned to the No. 1 spot on the Billboard Hot 100 chart dated January 11 after it first debuted on November 25.

END_OF_DOCUMENT_TOKEN_TO_BE_REPLACED

END_OF_DOCUMENT_TOKEN_TO_BE_REPLACED
We and our partners use cookies on this site to improve our service, perform analytics, personalize advertising, measure advertising performance, and remember website preferences.Ok