Seeking professional help. Offset was afraid of losing his wife, Cardi B, forever following their December split, so now that they they’re back together, he will do whatever it takes to make their relationship work.

“You gotta go through steps and different things so we can grow,” Offset, 27, said on The Breakfast Club on Wednesday, February 27. “Look, marriage counseling look cooler … not on the TV, though; real behind-the-scenes getting to know each other … getting to know who you’re with and appreciate them all the way around.”

Cohost Charlamagne tha God asked the Migos member if he and the “Money” rapper, 26, “did the marriage counseling and all that,” and Offset responded, “[We’re] working through it. Gotta work … don’t stop … we’re young, man.”

Earlier this month, the “Money” rapper admitted that Offset wanted to see a therapist before she walked away from the relationship. 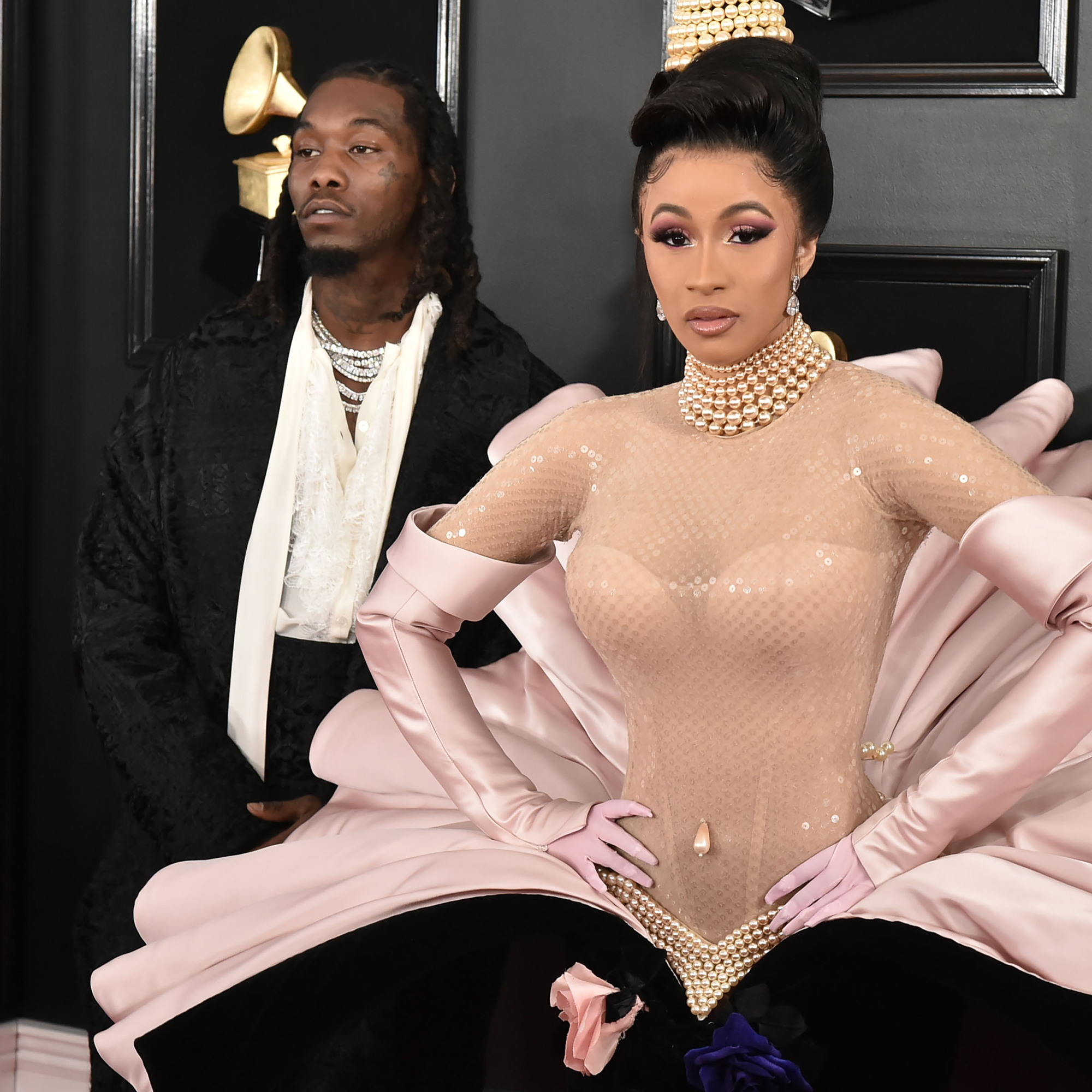 “Nobody makes my decisions about my life but me,” she said in Harper’s Bazaar March 2019 issue. “I didn’t want to go to marriage counseling. He suggested it, but it’s like, ‘I don’t want to go.’ There’s no counselor or nothing that could make me change my mind.”

Cardi and Offset secretly tied the knot in September 2017 and welcomed their daughter, Kulture, 10 months later. The pair weathered cheating rumors throughout their romance, which the Georgia native denied shortly after they called it quits in early December.

“I wanna apologize to you, Cardi. You know, I embarrassed you. I made you look crazy. Doing things I ain’t have no business,” he said in an Instagram video at the time. I was partaking in activity that I shouldn’t have been taking in, and I apologize … I didn’t f—k that girl, but I was entertaining it. … I hope you can forgive me.”

Weeks later, the couple were spotted on vacation together in Puerto Rico. In late January, the Bronx native admitted they were “working things out.” The pair walked the red carpet at the 2019 Grammy Awards, proving that they reconciled.

The “Bad and Boujee” wordsmith addressed his wrongdoings once again in his song “Don’t Lose Me,” which is featured on his debut solo alum, Father of 4.

He raps on the track: “Number one, it’s a loyalty code (Number one) / Temptation, had the devil in my soul (Temptation) / I wanna be with you when we old (When we old) / We didn’t do this, we didn’t know how s—t goes (We didn’t know).”