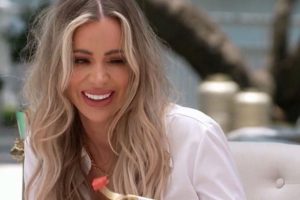 Olivia Attwood has sensationally quit the ITV series, I’m A Celebrity… Get Me Out Of Here! on medical grounds. The Love Island star was seen entering the jungle as eagle-eyed viewers tuned into Sunday night’s show, but it has since been reported she has been forced to withdraw from the competition.

The TOWIE star, 31 has been forced to withdraw from the show on medical grounds shortly after taking part in the first Bushtucker Trial of the series.

But it has since been reported, the Love Island star is expected to receive her eye-watering fee.

After jumping out of a helicopter with DJ Chris Moyles, Olivia is already thought to be on her way home to the UK to be with fiancé Bradley Dack.

A TV source told the Mirror: “Olivia wanted to continue and because it was the medical team’s decision she has done nothing wrong and so should be in line to get paid.”

Express.co.uk has contacted ITV and Olivia Attwood’s representatives for comment.

A show spokesman said: “As a precautionary measure Olivia needed to leave the jungle to undergo some medical checks.

“Unfortunately, the medical team has advised it is not safe for Olivia to return to camp as there needs to be further investigation.

“She has been absolutely brilliant and she’ll be very much missed on the show.”

It’s not yet known whether the reality star will be replaced by another celebrity.

In previous years, the show has had backup celebrities on stand-by in case they are needed to be drafted in.