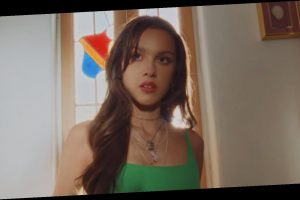 The 18-year-old singer and actress dropped her second track on Thursday morning (April 1).

“The concept of deja vu has always fascinated me and I thought it would be cool to use it in a song around the complex feelings after a relationship ends,” she shared in a statement. “I started writing and recording ‘deja vu’ last fall and had so much fun creating the different melodies and sonic textures that you hear throughout.”

She also premiered the accompanying music video for the song, which co-stars actress Talia Ryder. The video was filmed in Malibu, Calif.

If you missed it, see what else Olivia recently said about her new track.

In addition, Olivia also announced the exciting news that her debut album will be coming out on Friday, May 21st, via Geffen Records. You can pre-order your copy HERE!