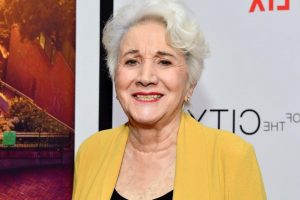 Olympia Dukakis, known for her roles in Moonstruck and Steel Magnolias, has died. She was 89. Her death was announced by her brother, Apollo, on Facebook on Saturday.

“My beloved sister, Olympia Dukakis, passed away this morning in New York City,” he wrote alongside a photo of the actress. “After many months of failing health she is finally at peace and with her Louis.”

Additionally, Dukakis’ rep, Allison Levy, said in a statement to ET: “It is with deep sadness that we confirm the passing of Olympia Dukakis. After months of failing health, Olympia Dukakis passed away this morning, May 1st, at her home in New York City, with her daughter Christina Zorich by her side.”

“Olympia was married to actor Louis Zorich, who passed away in 2018. Her brother Apollo Dukakis, her sons Stefan and Peter Zorich, and four grandchildren thank you for your love, prayers, and kind remembrances during this difficult time,” the statement concluded.