Home » Oprah Winfrey’s new book ‘What Happened to You,’ book tour to focus on trauma

Oprah Winfrey’s new book ‘What Happened to You,’ book tour to focus on trauma 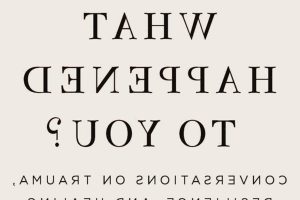 Oprah Winfrey is penning a new book — this time focusing on trauma.

The media mogul revealed Thursday that her new book, “What Happened to You,” will hit shelves later this month. In a video announcement on Twitter, she shrieks with excitement as she unboxes hardcover copies of the yet-to-be-released pages.

“I’m so excited to put my name on this book with Dr. Bruce Perry in order to give this book as much visibility as possible,” she said in the video.

Perry, a psychiatrist and senior fellow for the Child Trauma Academy, is one of the leading authorities on effects trauma can have on the brain, Winfrey said.

Winfrey also announced she and Perry are set to embark on a five-day virtual tour with a star-studded guest list, including Gayle King and celebrity couple Dax Shepard and Kristen Bell, to talk about the new project.

Winfrey’s upcoming book is set to hit shelves April 27, with the tour kicking off the same day and lasting until May 3.

Most of us have experienced various levels of trauma that have informed how we operate and interact in the world, which is why Dr. @BDPerry and I have been working on a book called #WhatHappenedToYou that will be available on April 27. pic.twitter.com/EpMA7gqvAV

“We hope that through these pages, we help people hold more empathy for themselves and others as we learn to shift from asking ‘What’s wrong with you?’ to ‘What happened to you?’ ” she wrote.

“What Happened to You” explores understanding behavior from other people and ourselves through stories from Winfrey’s past where she experiences “the vulnerability that comes from facing trauma and adversity at a young age,” according to publisher Flat Iron Books. 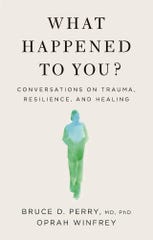 Winfrey’s most recent tour, “Oprah’s 2020 Vision: Your Life in Focus,” took place across nine cities offering a full-day of wellness conversations. The tour, in conjunction with Weight Watchers, ended March 7, just before the onset of the coronavirus pandemic.

Whether “What Happened to You” will land on her notable book club list is still to be seen. Her most recent adds have been the novels of Marilynne Robinson.

Winfrey announced last month that Robinson’s acclaimed quartet of “Gilead” narratives were her next book club selection. Robinson won the Pulitzer Prize in 2005 for “Gilead,” the first of her books set in the fictional Iowa town of Gilead, and she has followed with “Home,” “Lila” and “Jack.”