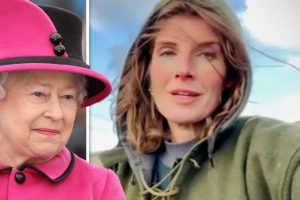 Our Yorkshire Farm’s Amanda Owen has told how Ravenseat Farm has been left in “mourning” for Queen Elizabeth II following her death last week. The Yorkshire Shepherdess, 48, paid her respects to the Monarch who died aged 96, by sharing poignant pictures from where she lives.

In view of her 526,000 followers, the mother-of-nine shared a series of sunrise snaps, days after the death of the Monarch.

The breathtaking pictures showed the sun rising in the Yorkshire Dales where Amanda lives with her children and husband Clive Owen, who she split from earlier this year. 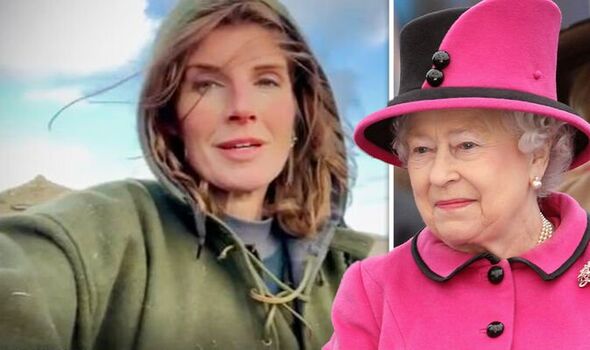 Amanda’s followers soon took to the comments to have their say on the poignant snaps.

Instagram user ladywestgarth wrote: “Our Queen would have loved these scenes,” alongside a sad face.

While katrinakarolchyk penned: “So peaceful and tranquil a beautiful post xx.” 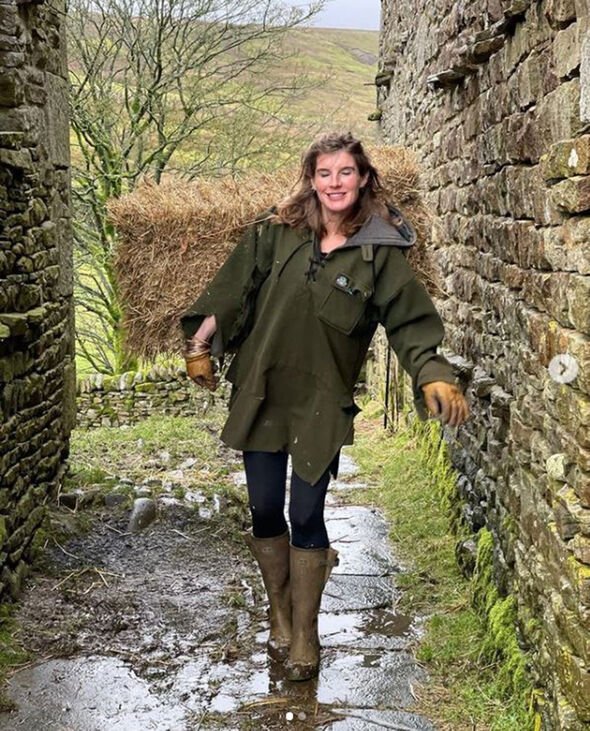 It is Amanda’s first post in the last six days, the last having shown her children nursing an “ovine patient” after the sheep became stuck in a fence.

The Yorkshire Shepherdess wrote: “Hands on with an ovine patient.

“After being stuck in a fence for a couple of days this lamb has lamed itself, lost some skin and has a serious gy-neck.”

The star went on to reveal her children had given her orders for how to care for the lamb after they returned back to school.

Amanda continued: “The children have been nursing the patient for more than a week now & have made good progress.

“So now I have strict instructions about what I need to do with lamb whilst they are at school,” she ended, alongside a series of hashtags.

It comes as the Queen’s funeral will take place at Westminster Abbey at 11.00am on Monday, September 19, royal aides confirmed.

Before that her body will be lying in state for four days at Westminster Hall, where thousands of people will have the chance to pay their respects.

The Earl Marshal, the Duke of Norfolk, outlined plans for the next few days.

He said: “Presently, The Queen lies in the Ballroom at Balmoral Castle. Tomorrow, Her Majesty’s Coffin will be taken by road to the Palace of Holyroodhouse at 10am, arriving in Edinburgh at 4pm.

“On Monday, it will be taken from the Palace of Holyroodhouse at 2.35pm in procession to St Giles’s Cathedral where it will lie at rest until Tuesday, September 13 when it will travel by air to London, arriving at 8pm.

“On Wednesday, September 14 at 2.22pm the Coffin will be moved from Buckingham Palace to Westminster Hall for Lying-in-State which will end on the morning of the State Funeral.

He continued: “On Monday, September 19 at 10.44am, the Coffin will be taken in Procession from the Palace of Westminster to Westminster Abbey where the State Funeral Service will take place.

“Following the State Funeral, the Coffin will be taken again in Procession from Westminster Abbey to Wellington Arch.

“From Wellington Arch, the Coffin will travel to Windsor. Once in Windsor, the Hearse will travel in Procession to St. George’s Chapel, Windsor Castle via the Long Walk.

“Thereafter, a Committal Service will take place in St George’s Chapel, he added.