TMZ Sports has obtained footage of Adam “Pacman” Jones being arrested at an Indiana casino — footage the NFL star believes will prove officials overreacted that day.

The footage was shot by Pacman’s wife around 3 AM on Feb. 27 — after he had been placed in handcuffs at the Rising Star Casino Resort.

Authorities accused Pacman of cheating at a table game — but in the footage, you can see the NFL star adamantly denying the allegations … and demanding cops let him go.

“Who said I was cheating?” Jones says … “Let the handcuffs go!”

The footage appears to be shot in the bowels of the casino after Jones had been removed from the gaming area. There are two officers attempting to walk him to another section in the building. 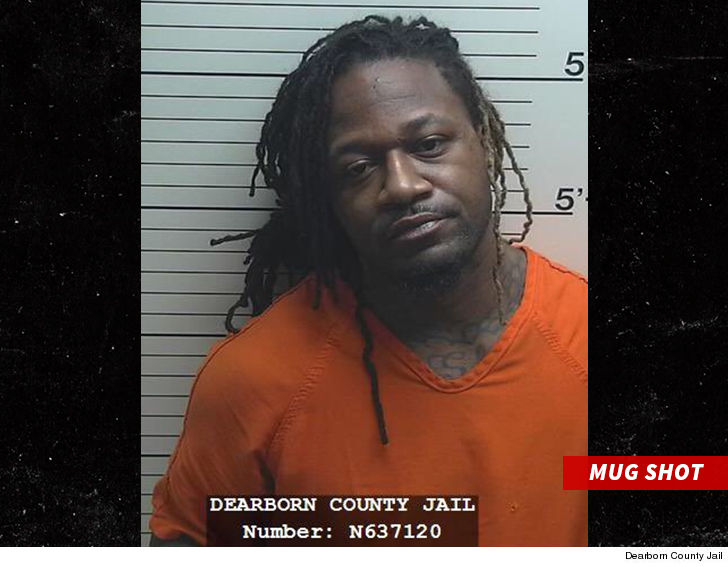 As we previously reported, authorities say Jones was adding chips to his stack after he knew the outcomes of the games … which is obviously illegal.

Jones believes the video will show he was NOT out of control but rather restrained considering he was being taken into custody in front of his wife and other people who recognized him.

During the video, you can hear Pacman’s wife telling police that he had spent $20,000 at the casino that night — and there’s no reason he would have to cheat.

She can also be heard saying, “He didn’t put his hands on nobody.”

Both Pacman and his wife repeatedly tell cops they can say whatever they want because of “freedom of speech.”

At one point during the incident, Pacman turns to one of the arresting officers and calls him a “bitch ass n***a.”

We spoke with Pacman’s agent, Peter Schaffer, who tells us, “Adam was very controlled. We think the authorities overreacted, they love the attention … Adam showed great restraint.”

Pacman was eventually taken to a nearby station where he was booked. He’s since been hit with 8 criminal charges stemming from the incident … though we’ve now learned he’s pled not guilty and plans to fight the case.