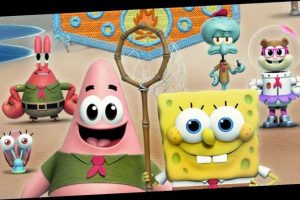 We are so excited because the trailer for the upcoming SpongeBob Squarepants spinoff Kamp Koral: SpongeBob’s Under Years has premiered!

The upcoming series serves as a prequel to the original Nickelodeon show, and will air on the upcoming Paramount+ streaming service.

Here’s a synopsis: The CG-animated prequel series follows 10-year-old SpongeBob SquarePants and his pals during summer sleepaway camp where they spend their time building underwater campfires, catching wild jellyfish and swimming in Lake Yuckymuck at the craziest camp in the kelp forest, Kamp Koral.

If you missed it, another sneak peek was released back in January. Watch that video here!

Kamp Koral: SpongeBob’s Under Years will premiere on March 4th with the launch of Paramount+, and will join the new film The SpongeBob Movie: Sponge On The Run, as well as all 11 seasons of SpongeBob Squarepants!