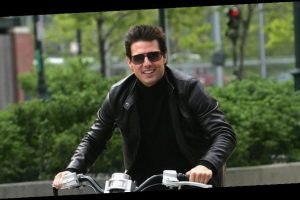 Paramount is making some big changes.

The studio announced on Friday (April 9) that they are reshuffling the release dates for several major movies in the pipeline, including Top Gun: Maverick and Mission: Impossible 7, Variety reported.

PHOTOS: Check out the latest pics of Tom Cruise

Other films that are being rescheduled include Dungeons & Dragons, Jackass and G.I. Joe spinoff Snake Eyes.

Check out the full film schedule inside…