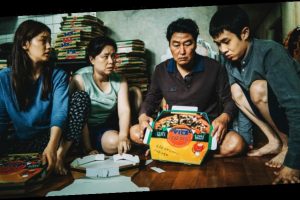 South Korean Oscar sensation Parasite was the big winner at this year’s Asian Film Awards, which were held today in an online format due to continued pandemic challenges.

The 13th Asian Film Awards were organized by the AFA Academy with the collaboration of the Busan, Tokyo, and Hong Kong film festivals. The ceremony was broadcast online by the AFAA and Busan festival’s official websites and Youtube channels.

“I am grateful to all the people involved with the Asian Film Awards for making it possible that Parasite could become part of AFA’s legacy. I strongly believe that we will meet in person next year at the Asian Film Awards, shake hands, and enjoy talking with one another without masks…I believe that nothing can stop us from continuing to make films,” said Bong Joon Ho on today’s awards.