Home » Celebrities » Parts Of Kevin Federline's Interview About Britney Spears WON’T Air For Being 'Too Hurtful' To Their Sons!

Parts Of Kevin Federline's Interview About Britney Spears WON’T Air For Being 'Too Hurtful' To Their Sons! 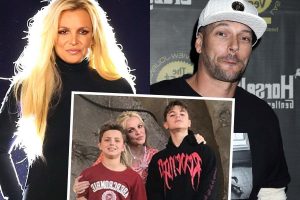 Yikes. This is getting worse and worse.

Over the weekend, Kevin Federline sat down for his first interview in 10 years to speak about Britney Spears. During a snippet, he claimed their sons, Sean Preston, 16, and Jayden James, 15, don’t want to see their mother anymore (in large part because of her social media activity) – and that they haven’t seen her for “months” at this point, including not attending her wedding to Sam Asghari.

And as shocking as this revelation was, apparently, he revealed WAY worse in the interview! As in he got so candid, most of his interview won’t even make it on screen because it was so bad!! Yeesh!

Daphne Barak, the journalist who interviewed Kevin for an upcoming ITV special, appeared on Tuesday’s episode of Lorraine to discuss the highly-anticipated chat. She explained the special will include several interviews with various family members and focus on Kevin’s ability to raise the children under the intense spotlight that surrounds their mother. Daphne said:

“It’s a one-hour special, which will be aired at the end of this month, so Kevin is not the only interviewee. I think he just felt – it’s not really about Britney, it’s about fatherhood in the eye of the storm. You and I reading everything about everybody in this family suing each other and the social media and accusing each other on Instagram and everything.”

Recognizing the boys have largely been left out of the conversation, she continued:

“I think we tended to forget there are two kids in there that we haven’t seen for years and now my husband and I have been with them for weeks. Somehow these kids not only turned out to be handsome but super talented, super creative, very friendly, and somebody is responsible to bring them up against the odds and away from the public eye – that is their father, Kevin Federline, who had full custody, and stepmother Victoria .”

Addressing the teaser, she opened up about how Brit’s children have been “hurt” by the attention surrounding her, adding:

“Basically, it was not just he who felt ready to talk, it was the whole family felt they were ready to talk because they have been hurt – and not by Britney, it’s not her fault – but the situation, really, is very painful. During the interview we found out many things – that didn’t want to see their mother for now and I hoped they could heal.”

She might hope they can heal, but Kevin sounds ready to pour salt on open wounds!

After keeping quiet for a decade, the 44-year-old supposedly had some bombs to drop! And rather than reveal everything the dancer had to say about his teenagers and family life, Daphne decided to cut out a lot of his interview because it would have been “too hurtful.” NOT to Britney, interestingly, but to both of the teens! 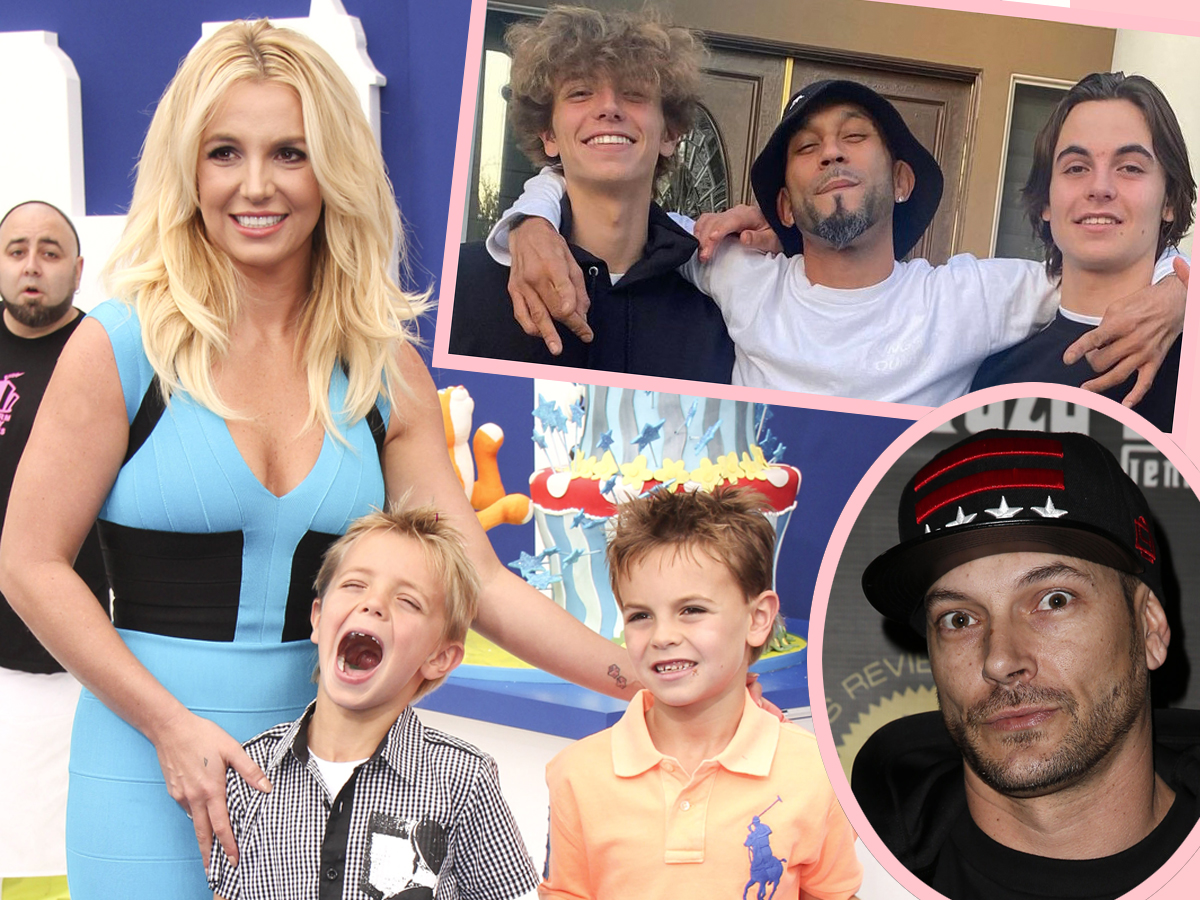 Addressing claims that this interview is just Kevin’s “version of events,” Daphne insisted:

“I and our team spent a lot of time with his family – he is not the only interviewee. It’s not Kevin’s version – and actually we are not even going to reveal many things in the documentary because we feel it will be too hurtful.”

“I don’t think anybody meant to hurt these boys purposely and I’m sure Britney loves them and I encouraged them to talk about her with a lot of love, and they do love her, but basically nobody has thought about them.”

On what the special will highlight, she mused:

“It’s this story about the father and the boys and how he managed to successfully bring them up against the odds with all this drama going on and still ongoing, as you see with the Instagrams. So basically it’s not Kevin vs. Britney, it was not about her it was about his fatherhood – and the whole family wanted it.”

Does that mean Sean Preston and Jayden James will speak? Or what about Jamie Spears, whose side of the controversy the kids are supposed on? Hmm.

As Perezcious readers know, after the first clip of Kevin’s interview made headlines, Britney clapped back at the claims, insisting that parenting teenage boys is “never easy for anyone,” writing:

“It saddens me to hear that my ex husband has decided to discuss the relationship between me and my children … As we all know, raising teenage boys is never easy for anyone .. It concerns me the fact that the reason is based on my Instagram … it was LONG before Instagram … I gave them everything … Only one word: HURTFUL … I’ll say it … My mother told me ‘You should GIVE them to their dad.’ … I’m sharing this because I can … Have a good day folks!!!”

She went further in an Instagram post discussing her nude selfies at length, which you can read in full (below). 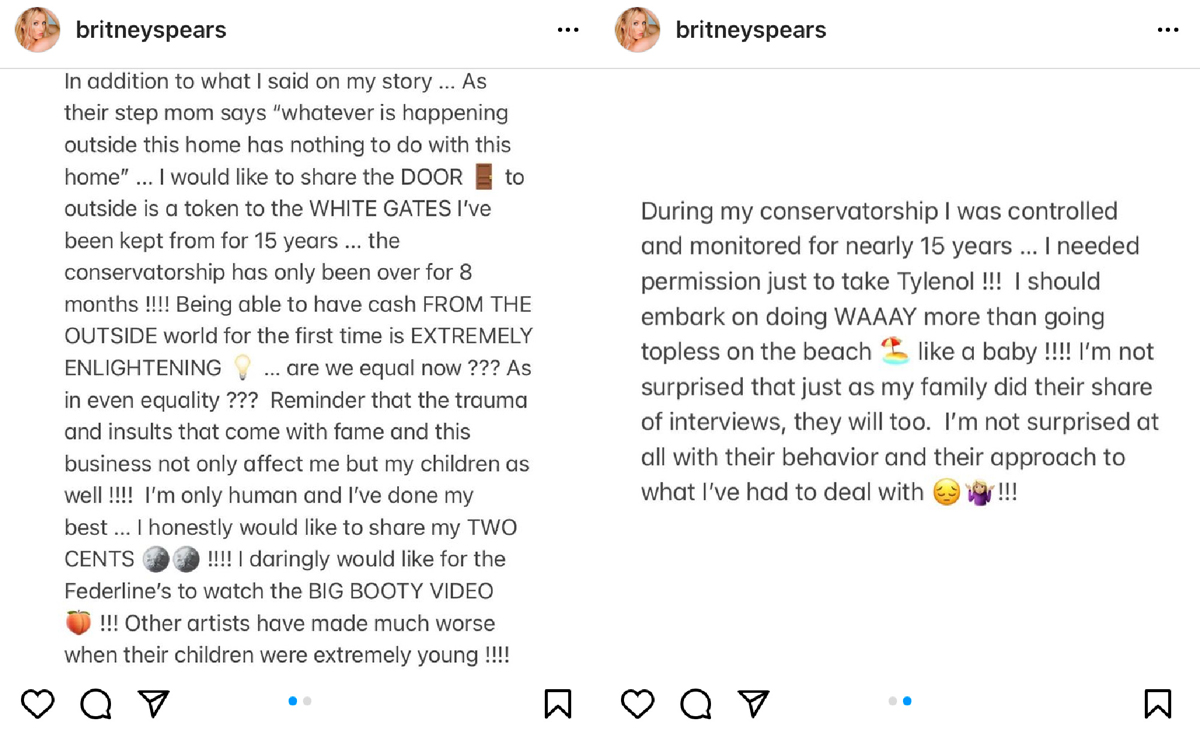 Host Ranvir Singh brought up Britney’s rebuttal in the on-air conversation, wondering what the journalist felt about Kevin’s “version of the events” amid Britney’s clap back. Daphne responded:

“I really feel for her and parenting is definitely difficult, especially with what she has been through. But we’re talking right now about other people that have been hurt, and it’s not Kevin’s version.”

Well, it doesn’t sound like Britney’s either! We’ll have to wait for the special to drop in full later this month for the full scoop. We can only imagine which of the performer’s fam were also interviewed… For now, check out the rest of Daphne’s interview (below).

Reactions, Perezcious readers? Are you surprised Kevin would say something hurtful? 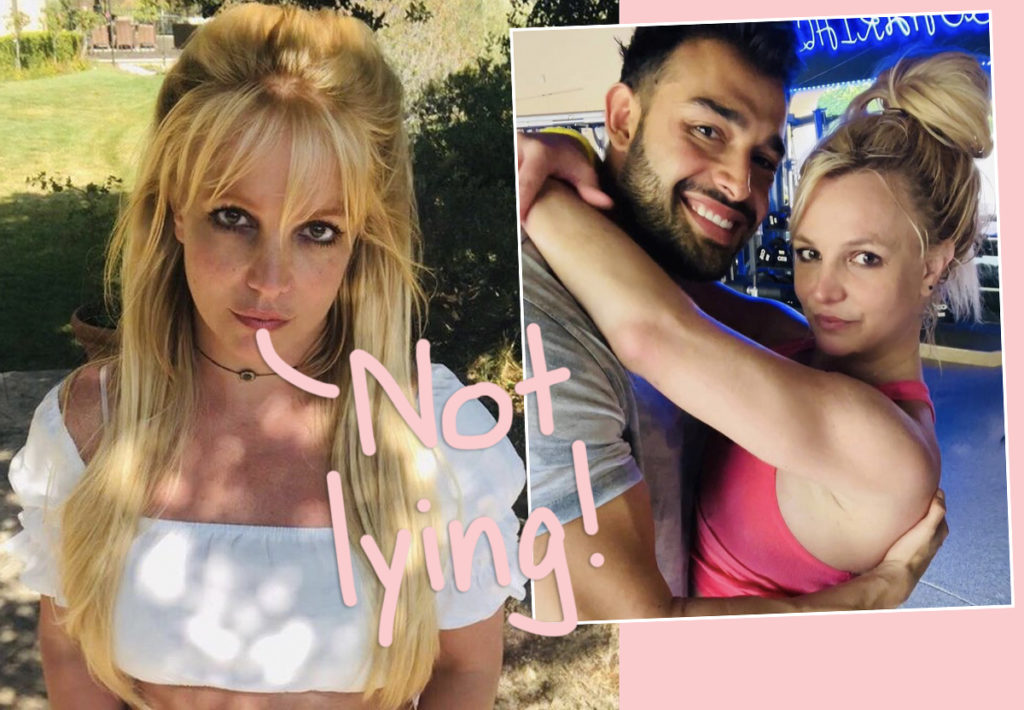 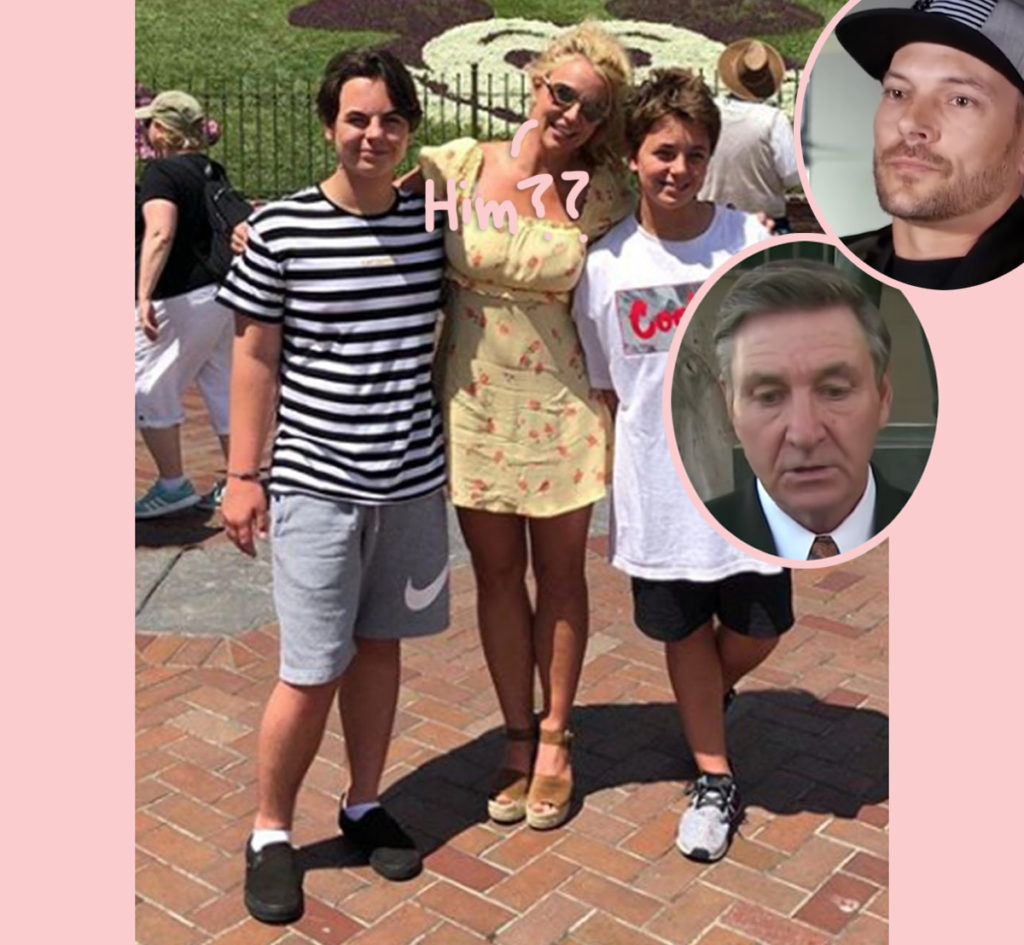 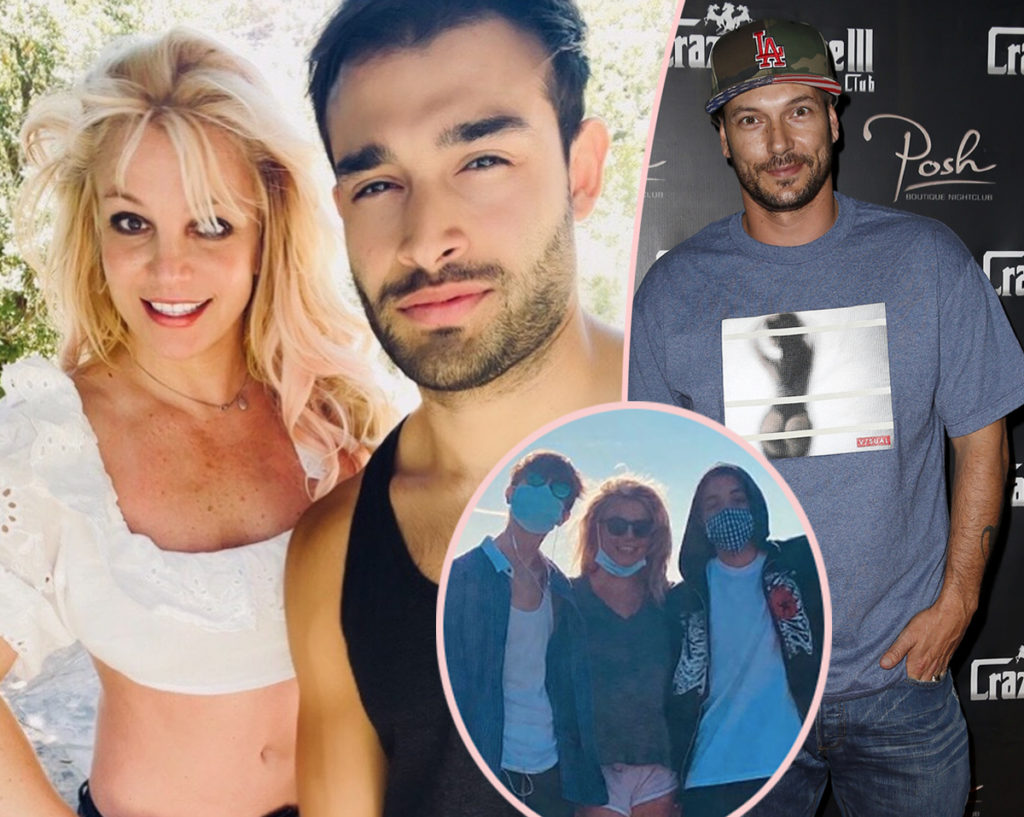 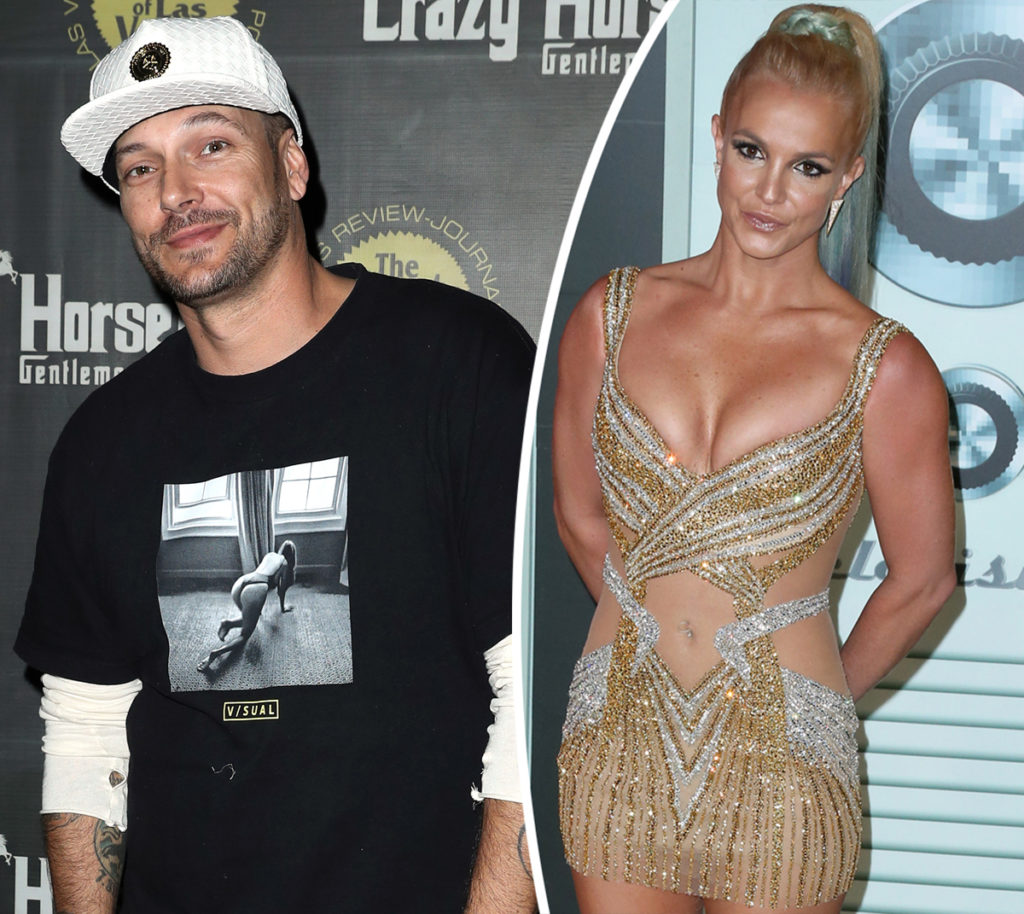