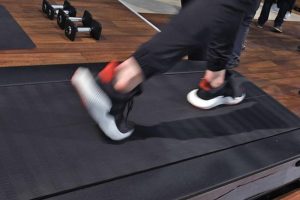 Peloton is urging customers who bought its Tread+ and Tread machines to stop using the equipment and contact the company for a refund — a move that comes after several reported injuries, and the alleged death of a child.

Peloton, along with the U.S. Consumer Product Safety Commission, announced the voluntary recall Wednesday, and the company’s CEO John Foley apologized for not cooperating with the CPSC sooner.

The CPSC had previously warned about the Tread+ being unsafe for children and pets in mid-April, and Foley says, “I want to be clear, Peloton made a mistake in our initial response to the Consumer Product Safety Commission’s request that we recall the Tread+.”

He adds … “We should have engaged more productively with them from the outset. For that, I apologize.”

Along with that mea culpa, Peloton has halted the sale and distribution of the Tread+ and is working on modifications to improve safety.

We broke the story … Peloton was sued by a customer last month who claimed the treadmill’s design made it “extremely susceptible” to children and pets getting trapped underneath the machine. The lawsuit alleged one kid had died in an incident involving the machine.

Peloton’s stock price has dropped nearly 7 percent in wake of the recall announcement.