PETER HOSKIN reviews the pick of this week's video games 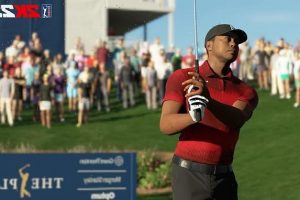 A week playing golf… with many options: PETER HOSKIN reviews the pick of this week’s video games

Verdict: King of the swingers

Fore! That’s what they say, isn’t it? Golfers? While wearing check trousers? I must admit, I’m not too familiar with the sport nor its fashion peccadillos.

But that’s liable to change now that I’ve spent a week playing the daftly numeraled PGA Tour 2K23. This is the first title in the series for a couple of years and becomes the reigning champion of serious golf games — although EA Sports, the makers of FIFA, are releasing a competitor early next year.

What’s great about PGA Tour 2K23 is contained in a single word: options. You can choose to play as one of its roster of pros and celebs — from cover-star Tiger Woods to basketballer Michael Jordan — or you can forge a new character’s legend. There are plenty of real-life and not-so-real-life courses to tee off from, too.

Even the control scheme is full of options. Use your mouse, your keyboard, or a console controller, then tailor it all to your pleasing. PGA Tour veterans can make everything precise and unforgiving. Novices, like me, can do the opposite. 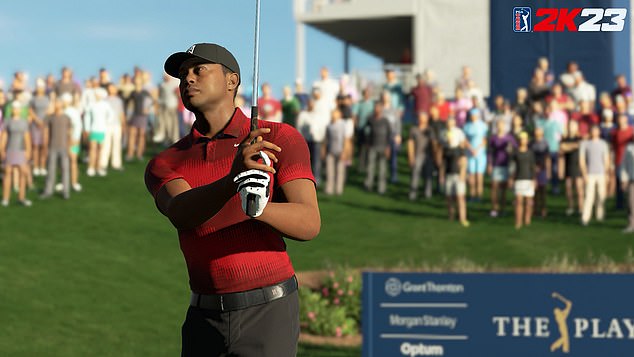 What’s great about PGA Tour 2K23 is contained in a single word: options. You can choose to play as one of its roster of pros and celebs — from cover-star Tiger Woods (pictured) to basketballer Michael Jordan — or you can forge a new character’s legend

The scheme I settled on –— pulling on a controller stick to swing my golf club back, then pushing to send the club arcing forward — was pleasingly physical, so my corporeal clumsiness was reflected in the digital realm.

There probably is a point at which the options overwhelm. It’s great to make your own courses and play other people’s designs online, but all the various skill points and golf balls and trousers can get a bit much.

Speaking of which, I wonder whether my legs could pull off check… 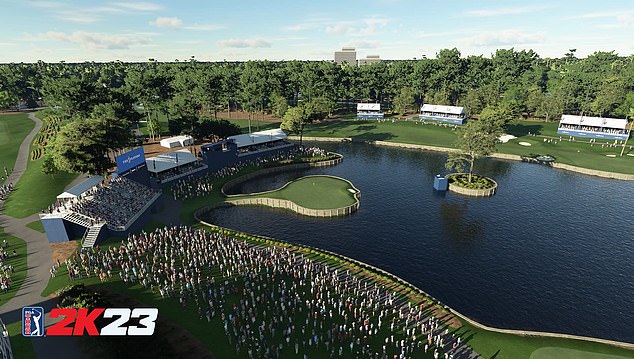 There are plenty of real-life and not-so-real-life courses to tee off from, too. Pictured: TPC Sawgrass in Florida

Verdict: How can I resist you?

Ditch your hairbrushes and pick up real microphones. Here’s the chance to sing ABBA songs in your home, by yourself or with friends, during parties or the working day — but with actual purpose.

And that purpose is to win. Because Let’s Sing Presents ABBA isn’t just karaoke; it’s supercharged, super-glitzy, competitive karaoke. In most of its several modes, you’ll be singing against someone, whether it’s a person stood next to you or a facsimile of Agnetha, Björn, Benny or Anni-Frid on the screen. You’re scored according to your pitch and timing.

These Let’s Sing titles are one of the quiet behemoths of gaming. We all talk about the Fortnites and Calls Of Duty, but these sing-songy efforts just keep on coming out and, presumably, selling at wholesale volumes.

This means that this ABBA version won’t surprise anyone who’s played a Let’s Sing game before. There’s a formula that’s certainly not altered here. 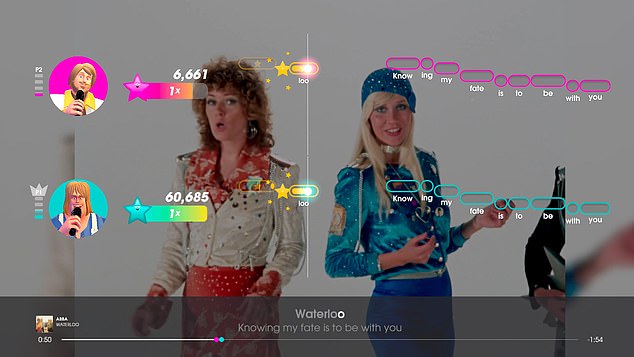 In most of its several modes, you’ll be singing against someone, whether it’s a person stood next to you or a facsimile of Agnetha, Björn, Benny or Anni-Frid on the screen

But it also means that there’s a confidence and competence about the whole package, forged of years of doing the same thing well. Even the accompanying app, which you can use to sing into your phone instead of plugging a mic into your console, works perfectly.

The real draw here, though, is the songs of ABBA — and practically all the hits are present, from Dancing Queen and Waterloo to last year’s I Still Have Faith In You. Has there ever been a more singalong-able collection of pop songs? Or, for that matter, a more pleasing set to just tap your foot to? Let’s Sing Presents ABBA makes sure to include a jukebox mode, with just the music videos and lyrics, for those who would prefer to listen than warble.

But, me, I’m all in for the gladiatorial sport of competitive singing. After all, as a group of Swedish philosophers once said, the winner takes it all.