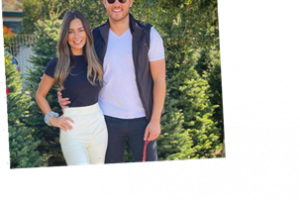 Kelley Flanagan just hopped on Instagram to finally address her breakup with Peter Weber, and it looks like there are approximately zero hard feelings because he dropped a comment on her post. Kay, it was less of a comment and more of an emoji, but still—clearly there’s no drama to be found here.

In her post, Kelley gave Peter a shoutout for the good times they shared, writing “I know a lot of you have already heard the news, but I wanted to take some time to process it for myself before sharing. It saddens me to say this but Peter and I have decided to go our separate ways. Peter and I had some unbelievable times together and they will definitely be missed. Unfortunately him and I are in two different stages of our lives and saw our future paths differently.”

Since the former couple still follow each other on Insta, Peter saw Kelley’s post and dropped a simple heart emoji in a show of support: 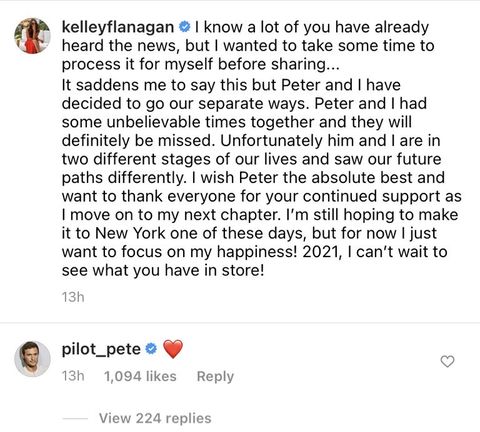 As a reminder, Peter is allegedly the one who broke up with Kelley (though she was in agreement that they needed time apart), with a source telling E! News that “They had been fighting a lot, and the move was very stressful and put a lot of pressure on them.”

Now that Kelley is single, let the speculation begin re: her joining Bachelor in Paradise!