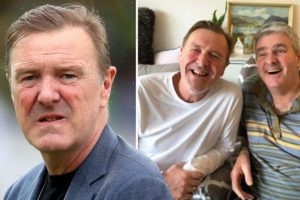 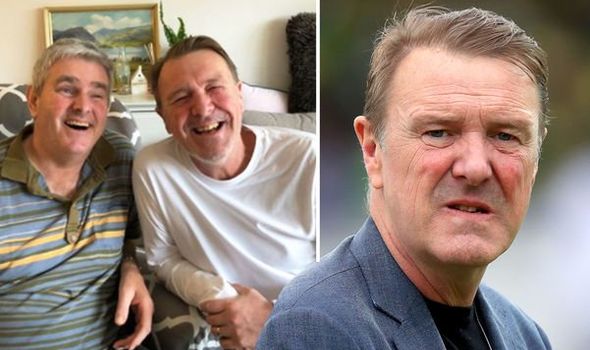 Alan Igglesden, also known as Iggy, died after battling an inoperable brain tumour for over 20 years. On Twitter today, Phil Tufnell, 55, shared a message with his fans following the news.

In view of his 352,000 followers, the sportsman posted a snap of the pair laughing together.

He wrote: “Devastated at the passing of my mate Iggy yesterday.

“Despite battling an inoperable brain tumour for 20yrs+ I never heard him complain.

“Blessed with memory of his smile just few months ago & our long friendship my heart goes out to Liz, Beth and his amazing family.”(sic)

Many of his followers flocked to his post to send their condolences.

Paul Norris wrote: “A true gent. A lovable giant of a man in more ways than one. #RIPIggy.”

Neil Taylor added: “Phil you were a wonderful friend to Iggy who was always there for him during the tough times. Thank you.”

Back in May, Iggy and his wife Liz did a joint interview discussing his health.

The bowler opened up about suffering from strokes and living with a brain tumour.

“To have two massive strokes when all you’ve been preparing for is Iggy’s brain tumour, it just sweeps your life away in seconds.”

His life was swiftly turned upside down when an MRI scan determined he had an inoperable brain tumour, forcing him to retire from professional cricket.

Over the years, he had used his experience to raise over £300,000 for The Brain Tumour Charity.

Most recently, the father-of-one suffered from strokes in 2018 and 2020 which made it increasingly difficult for him to speak and walk.

After the interview, Phil shared a video supporting his friend as he reflected on some of their memories.

“He did a fantastic speech at my wedding as he was my best man,” the ex Question of Sport panellist spilled.

“He had everyone in fits of laughter and it was brilliant. Iggy you’re a top top man and I love you.”