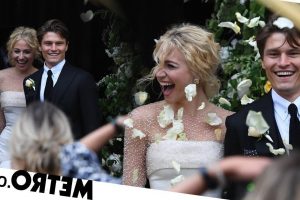 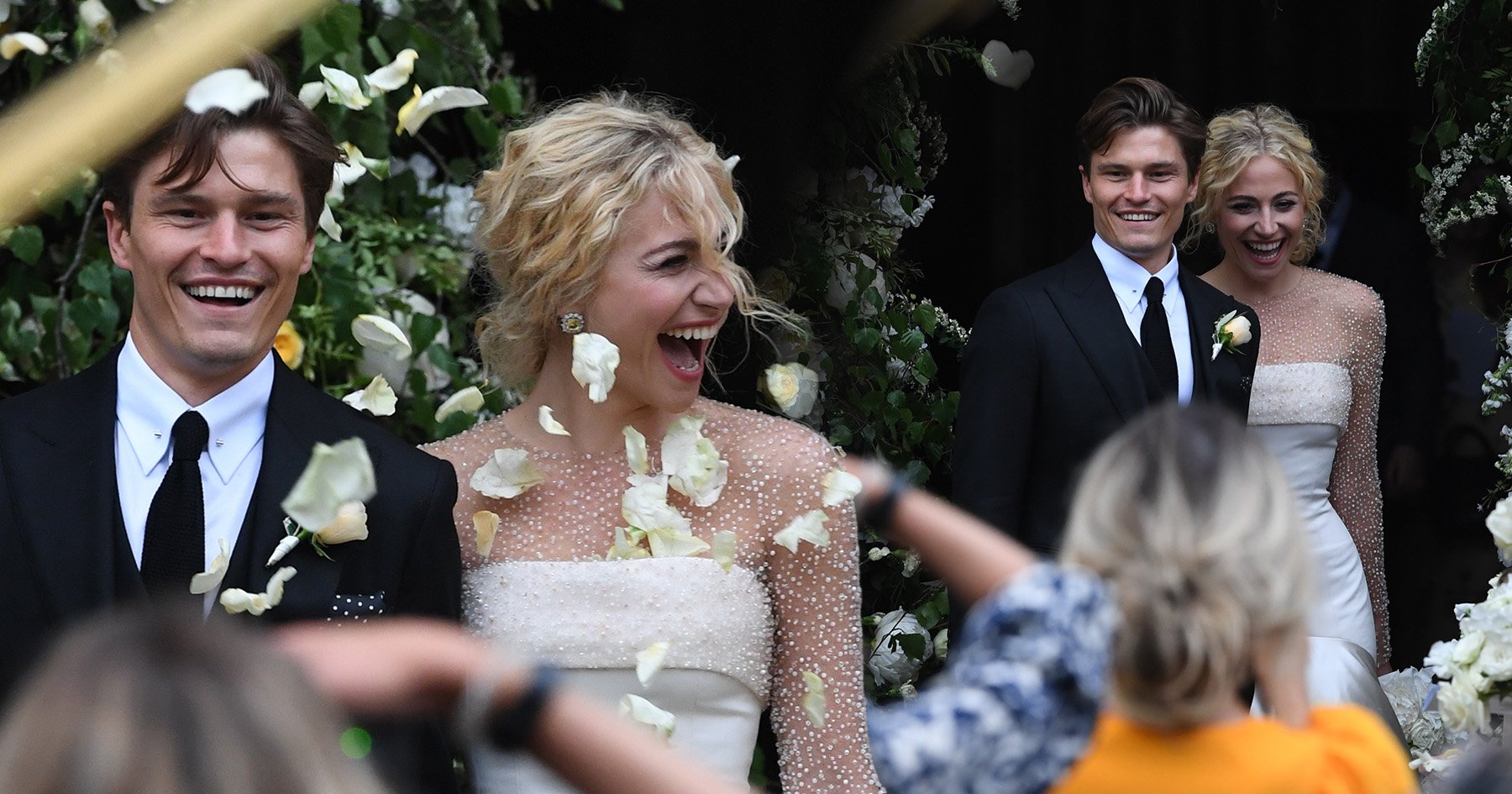 Pixie Lott has married her longtime partner Oliver Cheshire after the couple were forced to postpone their wedding several times during the pandemic.

The Mama Do (Uh Oh, Uh Oh) singer got engaged to the model in 2016 following a romantic proposal on the steps of St Paul’s Cathedral, but their nuptials suffered multiple delays.

The couple’s wedding date arrived on Monday as they were seen emerging from the at Ely Cathedral in Cambridgeshire as husband and wife.

Looking completely overjoyed at finally making it down the aisle, Pixie, 31, and Oliver, 34, smiled as their loved ones showered them with confetti outside the cathedral doors. The bride opted for what appeared to be a cream strapless gown.

Oliver was seen arriving for the ceremony flanked by his large group of groomsmen, all of who matched his smart look with black tuxedos and bow ties.

Several guests were also spotted arriving in the rainy weather, with Idris Elba’s wife Sabrina wisely carrying an umbrella as she made her way into the cathedral and braving the chill wearing a blush pink maxi dress featuring a plunging neckline.

Pixie, 31, is yet to be seen on her big day but she did share several Instagram posts from friends from her recent hen do. The singer, donning a white crop top and jeans, looked as though she had a blast posing with friends, drinking champagne and hilariously giving her pals a lesson in how to walk down the aisle.

Alongside a video of the singer lifting her leg in the air while sitting down, one friend wrote: ‘The most beautiful bride to be in all the land!’

Another clip showed the group having a singalong in the back of a taxi.

Pixie and Oliver have been dating since 2010 after meeting at an event, and he popped the question in November 2016.

Opening up about their delayed wedding, the Voice Kids UK judge told New! Magazine recently: ‘We’re getting into the nitty gritty now. I always felt like it was so far away, but it’s really creeping up on is now so we’re happy that we’re finally doing it. It’s been a long time coming.’

She added: ‘I didn’t want to do it when there were restrictions and we couldn’t invite everyone we wanted to because of the rules.

‘I wanted to wait until we could have the big party- our wedding will be a big party.’