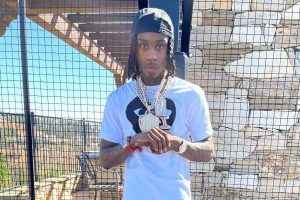 The ‘Hall of Fame’ rapper was taken into custody in the downtown area of Los Angeles after police officials found the firearm in his car when they pulled him over.

AceShowbiz –Polo G has added another record to his list of troubles with the law. Nearly three months after he got his freedom back, the “Hall of Fame” rapper got arrested once again for carrying a concealed weapon.

The 22-year-old, whose real name is Taurus Tremani Bartlett, was taken into police custody in the downtown area of Los Angeles on Monday afternoon, September 6. According to TMZ, the MC was sitting in a passenger seat in a car that was pulled over for an undisclosed reason.

Polo was then arrested when police officers found the firearm in the vehicle. In addition to the hip-hop star, a male juvenile was reportedly arrested and booked on the same charge of carrying a concealed weapon, which is considered a felony.

This is Polo’s second arrest in the last three months. Back in June, he was busted in Miami, Florida after allegedly attacking a police officer. At that time, his Cadillac was pulled over due to its blackout-tinted windows. However, once he was ordered to get out of the car, Polo refused and shouted to the cop, “F**k you, what the f**k do I have to get out of the vehicle for?”

Polo was then booked into Turner Guilford Knight Correctional Center on charges of battery on a police officer, threats to a public servant, resisting an officer with violence to his person, resisting an officer without violence to his person and criminal mischief. He, however, was released from jail on the same day of his arrest after posting a $19,500 bond.