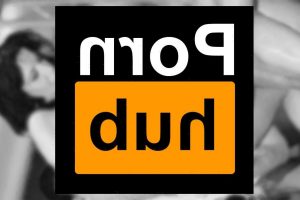 Well, here it is — the other shoe dropping.

Unfortunately for them, they now have to answer to several women who make a very strong case.

“Immediately, I knew it was me. I mean, my face, my outfit — immediately. My heart dropped into my stomach.”

She assumes her high school boyfriend shared it with a friend who uploaded it. Now it’s been viewed over 200,000 times — including, she says, “everybody at my college pretty much.”

“The view count on the video will forever haunt my dreams. Just knowing that that many people saw it really messed me up.”

Isabella says no one at the company ever contacted her about the video. She was just 17 when it was recorded.

Days later the video was finally removed, after it had gotten over 400,000 views. But of course this is the internet — so of course copies have now been uploaded to several other sites.

Ashley was featured in a video titled “sleeping pills,” which was on the site for over three years before she found out last August. She claims this is how she learned she was drugged and raped by her then-husband, who uploaded a video of the crime without her knowledge.

She says even the changes made to the site’s policy last year, which require ID verification for the person uploading a video, aren’t enough:

“Of course you have consent from the person uploading the video. They’re the one uploading it. But it’s the people in the video that really need to be asked.”

Perhaps the most disturbing case mentioned in the CBS report was that of Michelle, who says she was coerced into making videos at just 15 years old — by a man who has already been convicted of blackmailing underage children into performing sexual acts on camera.

Of the 34 women in the lawsuit, 14 of them — nearly half — say they were underage when they shot the videos that went up on the site. And no one checked.

The civil suit is seeking damages for all 34 women, a figure that could get into the hundreds of millions depending on the jury.

Seems pretty tough to defend against…

In a statement to CBS, Mindgeek wrote:

“The spread of illegal content is an existential threat to the internet, and every platform has the moral obligation to join the fight against it. Illegal material on the internet harms its victims, internet users and all platforms that operate online. Any suggestion that the company tolerates or celebrates this material is patently false.”

They continued by pointing to their own policy changes as proof they were on the right side of history:

“Anyone who attempts to post nonconsensual imagery or child sexual abuse material on the internet is a criminal, and we are committed to remaining at the forefront of the internet when it comes to the elimination of illegal content. Every online platform has the responsibility to join this fight, and it requires collective action and constant vigilance. We hope other platforms will use our model to help eradicate unwanted content.”

What do YOU think of this new lawsuit??

You can see some of the victims, in disguises of course, tell their stories on camera (below):