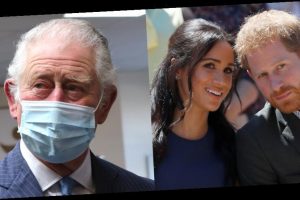 Prince Charles was the first royal to make an official appearance after the airing of Oprah with Harry and Meghan, the bombshell interview by Prince Harry and Meghan Markle.

While he was leaving the facility, ITV’s Lizzie Robinson caught a video of the moment in question. “Sir, can I ask what did you think of the interview,” he was asked. A royal reporter said he “smiled and didn’t answer.”

Prince Harry revealed a lot about his current relationship with his dad and it does not seem like they’re in a good place. Harry even revealed his dad at one point stopped taking his calls during Megxit.

A body language expert also spoke about how it appeared Prince Harry really feels about his dad today.