Home » Celebrities » Prince Charles Once Proposed to His Cousin

Prince Charles Once Proposed to His Cousin 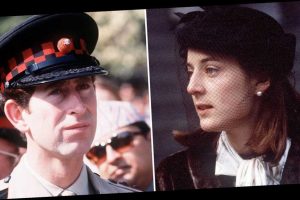 According to royal historian Robert Lacey’s book Battle of Brothers: William and Harry: The Inside Story of a Family in Tumult (as reported on by Marie Claire), Princess Diana was hardly the first woman that the royal family encouraged Prince Charles to propose to. Just before his assassination in 1979, Charles’s great-uncle Lord Mountbatten convinced the prince to propose to Amanda Knatchbull (now Lady Amanda Ellingworth).

Whomst? you ask. Well, she happens to be Lord Mountbatten’s granddaughter — aka Prince Charles’s SECOND. COUSIN. Reminder: this was only 41 years ago.

“Over the years the two cousins did grow close,” Lacey wrote, “developing a mutual respect and friendship that has lasted to the present day."

But in good news for the health of every royal watcher’s stomach, Knatchbull “politely turned [HER COUSIN] down.”

That said, Knatchbull didn’t refuse Charles on the basis of, uh, sharing blood.

"'The surrender of self to a system," she explained, was so absolute when joining the royal family, it involved a loss of independence 'far greater than matrimony usually invites,’” Lacey wrote.