Prince Harry and Meghan could split in 2022 to boost brand, claims ‘expert’ 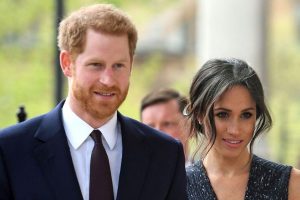 Prince Harry and Meghan Markle are set to go their separate ways in 2022 to boost their businesses, a Royal expert has claimed.

The couple – who are recognised across the globe as one of the most established unions to have formed in recent years – may soon be breaking up, according to Royal commentator Mr Sean, in order to make bundles of profit.

The self-proclaimed expert predicted without providing any evidence that the married couple are “heading for a split” and will stop carrying out work and public duties together following a new marketing strategy.

“Here’s the reason why,” Mr Sean explained on his YouTube channel.

“Those very expensive people that they pay thousands of pounds to every month from all of those deals that we all report on, have basically said that, ‘look it would work better if you were independent of each other.’”

Instead, Mr Sean alleged that Prince Harry and Meghan will focus on raising the profiles of their individual projects as they continue on with their commitments separately from each other.

“Her not having a political voice was one of the major reasons why she decided to quit the royals.

“Now Prince Harry has set his cup at all the things to do with being unhappy, mental health, balance – all that things that really matter in the real world because of course he’s so connected to that.”

Outlining their differences in interests and work routes, Mr Sean concluded, again without offering up evidence to support claims, that Prince Harry and Meghan would therefore separate their ideas and become lucrative single entities.

“So, while they’ll have this Archewell foundation, they’re going to keep that of course, but then moving forward they will be sort of independently going forward by doing things separately.”

In going ahead this way, Mr Sean claimed that the former Royal couple hoped to “build bigger brands” and benefit off of their increased successes apart, as well as together.

“In the hope of building bigger brands on each side, which will mean more lucrative endorsements, advertising and sponsorship,” he added.

“That is how now as microcelebrities, Harry and Meghan will make their money.”

Stay up to date with all the latest on the Royal Family by signing up to OK!'s daily celebrity newsletter.