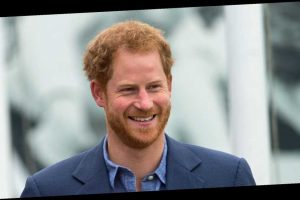 Prince Harry sent a message of support to his friend Gareth Thomas, a Welsh rugby player, regarding the new HIV initiative, Tackle HIV.

The program, spearheaded by Thomas, aims to show people the everyday realities of living with HIV in the year 2020 and erase the social stigmas that still surround the virus. The Tackle HIV Instagram account posted the Duke of Sussex’s message of support.

“It has been amazing to see how much progress has been made in the fight against HIV. Since I started campaigning on this issue I have been honoured to spend time with people who are leading this charge,” wrote Harry.

An inspring message of support from the Duke of Sussex. Prince Harry is supporting us in our mission to #TackleHIV and we are honoured to have him on this journey. Visit tacklehiv.org for more info @viivhealthcare #hiv #viivhealthcare #terrencehigginstrust #stigmabusting #charity #lgbt #lgbtq #sexualhealth #cantpassiton #yourraceyourvictory

“Thanks to them, we have moved from a time of social panic and hatred, to a time when the public come out into the streets to cheer for Gareth, a man living openly with HIV, as he cycled the length of Britain. But this progress hides how far we still have to go,” continued the duke.

“Stigma, misunderstanding and discrimination remain the greatest barriers to defeating this virus. I hope everyone is inspired by ‘Alfie’, and will support him and the Tackle HIV campaign to improve understanding of it, and better support people who are living with it.”