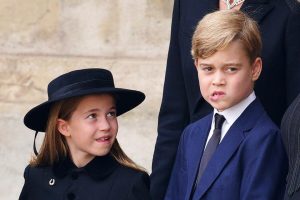 Princess Charlotte and Prince George almost missed an important royal moment as they stood with the Princess of Wales, Queen Consort Camilla and Sophie Wessex outside of Westminster Abbey on Monday.

The family waited as the Queen’s coffin departed the gothic church and began the procession to Wellington Arch, where the senior members of the royal family curtsied in unison. However, it appears young Prince George and Princess Charlotte didn’t receive the royal memo, and bowed and curtsied moments later after Charlotte spotted Sophie at the last moment, swiftly dipping into an adorable curtsy, as Prince George followed suit with a head bow.

The royal siblings have been helping each other out as they accompanied their parents, the Prince and Princess of Wales, to their great-grandmother’s funeral. In another moment at Wellington Arch, the pair were filmed exchanging words as they waited for the coffin to be placed onto the royal hearse, where Charlotte can clearly be seen saying: “You need to bow” to George, who appears to be listening to his sister intently. 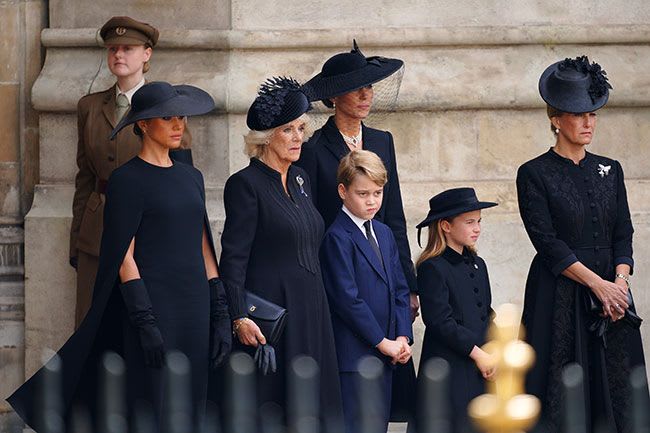 Charlotte and George followed their family in the sweet moment

WATCH: The moment Prince George and Princess Charlotte walk behind their great-grandmother’s coffin

The Queen’s state funeral took place at Westminster Abbey in central London. The Queen’s coffin was processed on a gun carriage to the Abbey, pulled by naval ratings (sailors) using ropes. 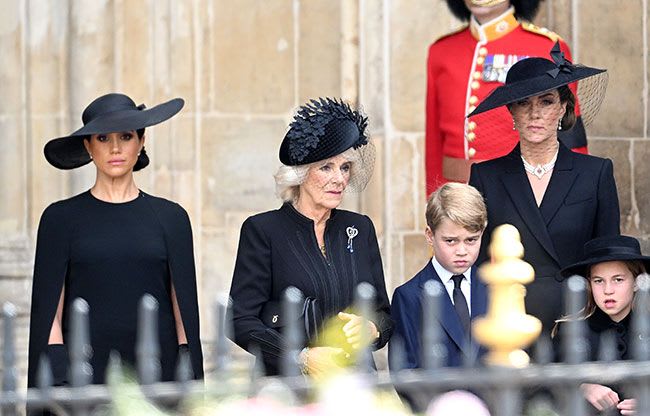 The televised service, which included a national two minutes’ silence, saw King Charles and senior members of the royal family following behind the coffin before the service at Westminster Abbey.