"Queen" Victoria Larson Gets Backlash for 'GMA' Interview About Bullying 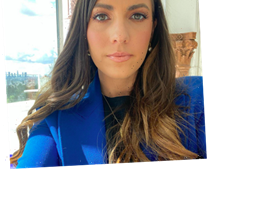 Victoria Larson showed up on Good Morning America to discuss her status as the resident villain on Matt James’ season of The Bachelor—and basically spent her time defending herself.

“Snatching the crown was not my best moment looking back, but I meant it all in good fun,” she said during the segment. When asked if she regrets calling other girls names, she added, “They knew me and knew my heart and knew that I really never have ill intent, so I think they viewed it differently just because they know me.”

“Honestly, it was all in good fun. If my words or actions hurt anyone I sincerely apologize and I’ll do better and hold myself accountable. I’m not a bully. I’m really not.”

She said she actually anticipated being “well received” by fans and was surprised by the negative reception, saying she doesn’t think her “kindness really got to show through” on the show.

Many Bachelor fans weren’t impressed with Victoria’s quotes about her behavior on the show, accusing her of bullying and toxic on-screen behavior while questioning why she was given a platform over other contestants.