Queen’s Jubilee pageant plans unveiled and how to get involved 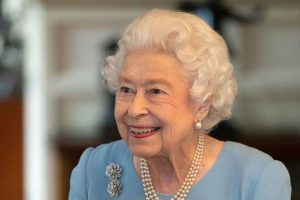 The Queen's Jubilee pageant plans have been revealed as Brits are urged to get involved in the festivities as the 96 year old monarch gears up to celebrate 70 years on the throne.

The Royal leader, and longest-running British monarch of all time, will be having the biggest party of her life as the entire country gets ready for a bumper four-day weekend and street parties galore, which the Queen expressed hopes of being able to attend "via Zoom" if she could.

And now Brits have been asked to raid their wardrobes and take to the streets of London to celebrate music and fashion for the Queen's Platinum Jubilee special pageant.

The event will see a cast of thousands of ordinary people cheering on Britain's contribution to the creative arts and industries.

The plan is to explore and celebrate how the nation has made a global impact with various design trends and epic bands, and will be headed by Hemingway Design.

The pageant's segment is called The Time of Our Lives.

“The audience simply need to dig out their old glad rags, or find some good quality reproductions, and step out on to the streets of London to celebrate their favourite decades," a spokesperson for the Jubilee pageant shared.

What's more, the country-wide celebration, which will take place on June 5, will also see a group of 100 celebrities taking part.

Labelled "national treasures", it's not clear just how involved the well-known names from TV, sports, and the arts will be in the pageant.

Yet more than 10,000 people will be involved, and singer Ed Sheeran is expected to perform in an incredible musical conclusion.

2,750 military personnel, more than 6,000 volunteers, performers and key workers will also be involved in the celebration, as well as 2,500 members of the general public.

As if that wasn't enough, the next segment will see London's famous double decker buses driving through the town with the likes of Olympic ice skating heroes Torvill & Dean on top.

Comedian and musician Bill Bailey and famous footballer Gary Lineker are also expected to be on-board.

There is also a planned moment for the Queen and the rest of the Royal family to appear on the balcony at Buckingham Palace.

The iconic moment will likely see the group smiling and waving and dressed in their Royal best for the important moment for Her Royal Highness.

Pageant organisers have also said that as well as celebrating the Jubilee “the focus will be very much on celebrating people” over the last 70 years.

For all the latest Royal news, sign up to our daily newsletter here.