R. Kelly‘s alleged sex slaves will be right behind the embattled singer Tuesday in federal court when he goes before a judge in his new sex crimes case, and they even plan to address the media.

Joycelyn Savage and Azriel Clary will present a united front during Kelly’s hearing to decide if he can be release on bond … according to Gloria Schmidt, the attorney for the women.

After the hearing, we’re told they, along with Schmidt, will hold a news conference to react to whatever happens inside the courtroom. As we’ve reported … Kelly was arrested last week in Chicago on a new round of federal charges, including sex trafficking, obstruction of justice and racketeering.

Federal prosecutors have already made it clear to the court … they want Kelly held in custody until he goes to trial. 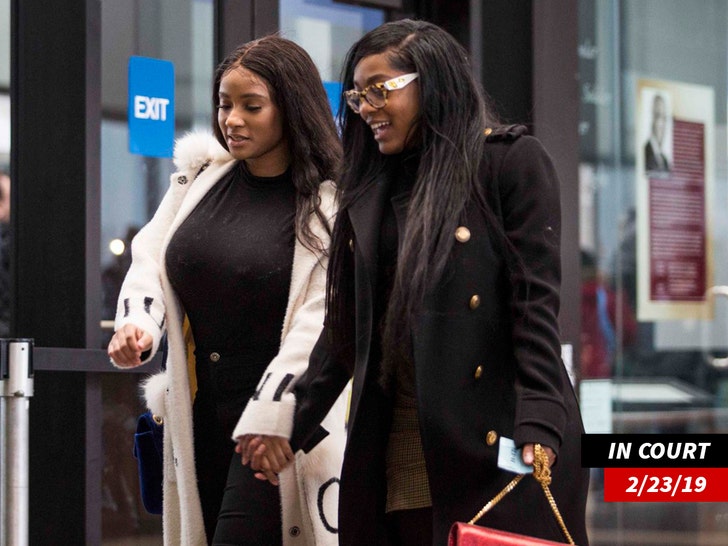 Amid all the allegations they’re Kelly’s brainwashed sex slaves … Joycelyn and Azriel continue to publicly support the singer — just as they did back in February when they walked hand-in-hand into court. They sat in the first row, reserved for friends and family, during that bond hearing for his arrest on sexual abuse charges in Cook County.

We broke the story … Joycelyn and Azriel made it clear in a video shot on Sunday … they’re still living in Kelly’s condo, and shot down reports they’d been evicted following his Thursday night arrest.

END_OF_DOCUMENT_TOKEN_TO_BE_REPLACED

END_OF_DOCUMENT_TOKEN_TO_BE_REPLACED
We and our partners use cookies on this site to improve our service, perform analytics, personalize advertising, measure advertising performance, and remember website preferences.Ok