Rachel Riley, 33, reacted to a Twitter user who commented on the increase in signatures on the Revoke Article 50 petition today. The Revoke Article 50 petition urges people to vote for a reverse in the Brexit process. The Twitter user commented: “On the day of the #PeoplesVoteMarch, the #RevokeArticle50 petition has hit 4 million signatures. “Please retweet this and share across all your social networks and encourage everyone you know to sign it.”

Rachel commented on the tweet in view of her 627,000 followers, commenting: “We’re in a right state aren’t we.”

Many of her fans flocked to her page to discuss the controversial topic.

One user wrote: “Just revoke it and call it a day.”

A third wrote: “It does not matter remainers democratically lost the vote. Get over it folks. Hopefully we leave with no deal next week.” 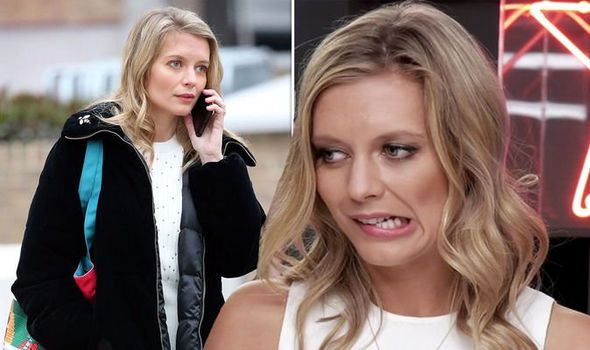 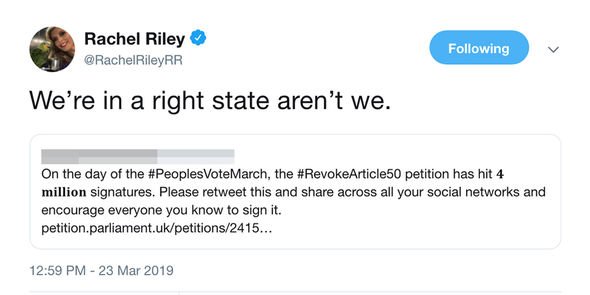 Today, hundreds of thousands of people have joined a march in London calling for another EU referendum.

It comes after Theresa May confirmed she had asked for a three-month delay on Brexit.

Elsewhere, aside from discussing Brexit, Rachel recently revealed she has been learning her boyfriend Pasha Kovalev’s native language Russian.

Rachel opened up about her five-year relationship with Pasha, 39, and cheekily revealed she had learned how to ask for a kiss in Russian.

Speaking on the Jonathan Ross show, she told the host: “I am learning Russian, I’m doing it with an online app, it’s really homemade with Clip Art from the nineties to explain stuff.

“It teaches you how kids learn. My spelling is absolutely appalling but you pick it up as you go. 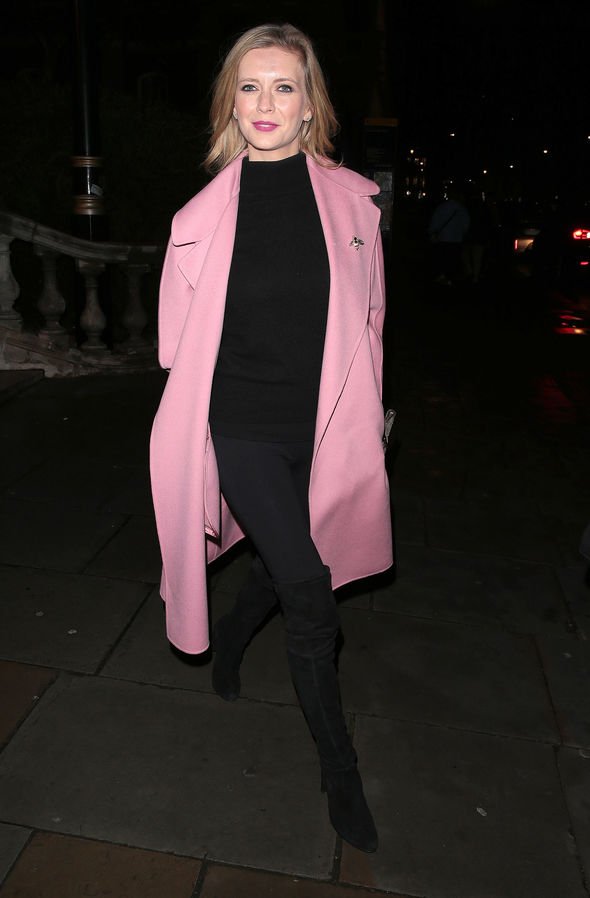 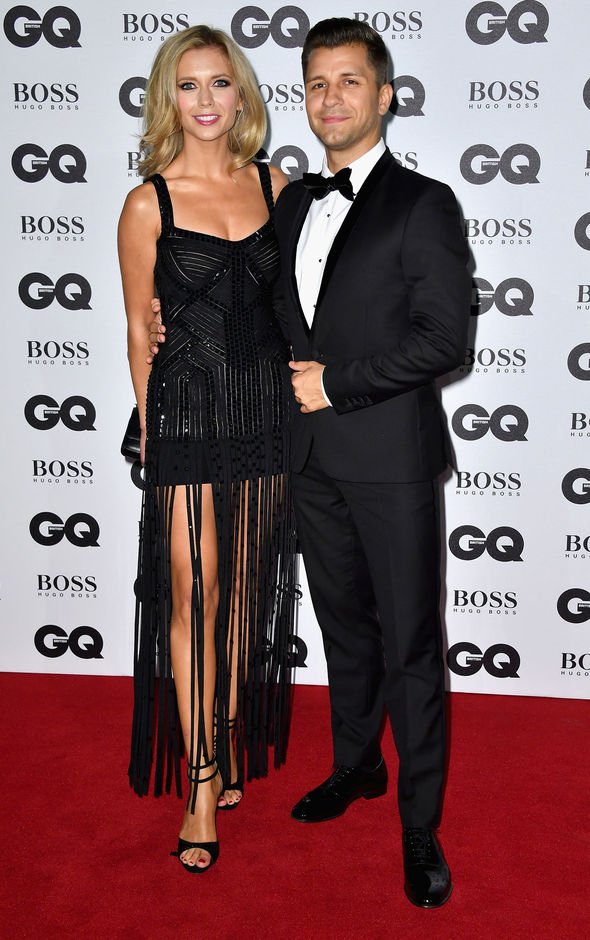 “The first thing I learnt was [the Russian for] ‘Give me a kiss’ and then from the app you learn things like ‘I open the window with a crowbar.’”

The Countdown star added it has has been “disconcerting” to hear Pasha and his friends speak in Russian when she didn’t understand the language.

She spilled: “The first time I met the boys, I spoke no Russian at all.

“It’s really disconcerting, a bunch of thirty-something boys talking and giggling and drinking and I have no idea what they’re talking about.”

Rachel met Pasha when they performed together on Strictly Come Dancing back in 2013.

They announced they were an item a year later, following the breakdown of Rachel’s marriage to Jamie Gilbert.

END_OF_DOCUMENT_TOKEN_TO_BE_REPLACED

Because baby, you’re the right kind of wrong. It’s been 20 years since Coyote Ugly first danced its way into our hearts, yet it still […]

END_OF_DOCUMENT_TOKEN_TO_BE_REPLACED
We and our partners use cookies on this site to improve our service, perform analytics, personalize advertising, measure advertising performance, and remember website preferences.Ok