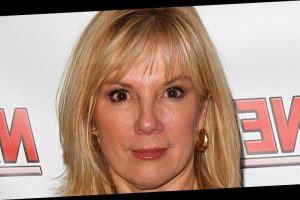 When you’re a Real Housewife, you’re used to living your life with the public. That’s the trade-off you make for the fame and the money that comes along with a Bravo contract. Like any reality show, there’s always plenty of debate about what’s real and what’s totally fake. Every season of every series, there’s always one or two storylines that feel like they were cooked up by some producers working overtime behind the scenes.

The true drama often comes from what cameras miss. Even during dull seasons, viewers can count on the ladies to bring the drama to the reunion, where they more often than not come with a fresh vendetta over some other cast member liking disparaging tweets or posting something nasty on Instagram.

Moral of the story? Be careful what you post on social media, because the fans (and Housewives) are always watching. RHONY star Ramona Singer is learning that hard way, as she accidentally posted some very personal information to her Instagram (again).

Ramona Singer can’t seem to learn from her mistakes. Case in point: In January 2021, Ramona shared a screenshot of her calculator app with the number 11,923.0769, which she later clarified was meant for her accountant, per Page Six. A few short months later and she’s back at it. In March 2021, Ramona accidentally posted a screenshot of her bank account to her Instagram and quickly deleted the photo — but not before followers made copies, per The Sun.

The screenshot indicated that on Feb. 22, 2021, the account held $367,483.70. More interesting than the amount, though, were the individual transactions. One was a $7,500 deposit from BEN Group Inc., which “has an influencer marketing division.”

The screenshot definitely shed some light on how Real Housewives cash in on their fame. Besides the BEN deposit, Ramona also received over $200 from Cameo, a service that provides personalized videos from celebrities and reality stars, and $487.48 from Amazon — likely from sales of her book, Life on the Ramona Coaster (or the skincare products she sells on there, according to Page Six).

Ramona told Page Six she didn’t share the photo on purpose and would never divulge her financial information to the public.