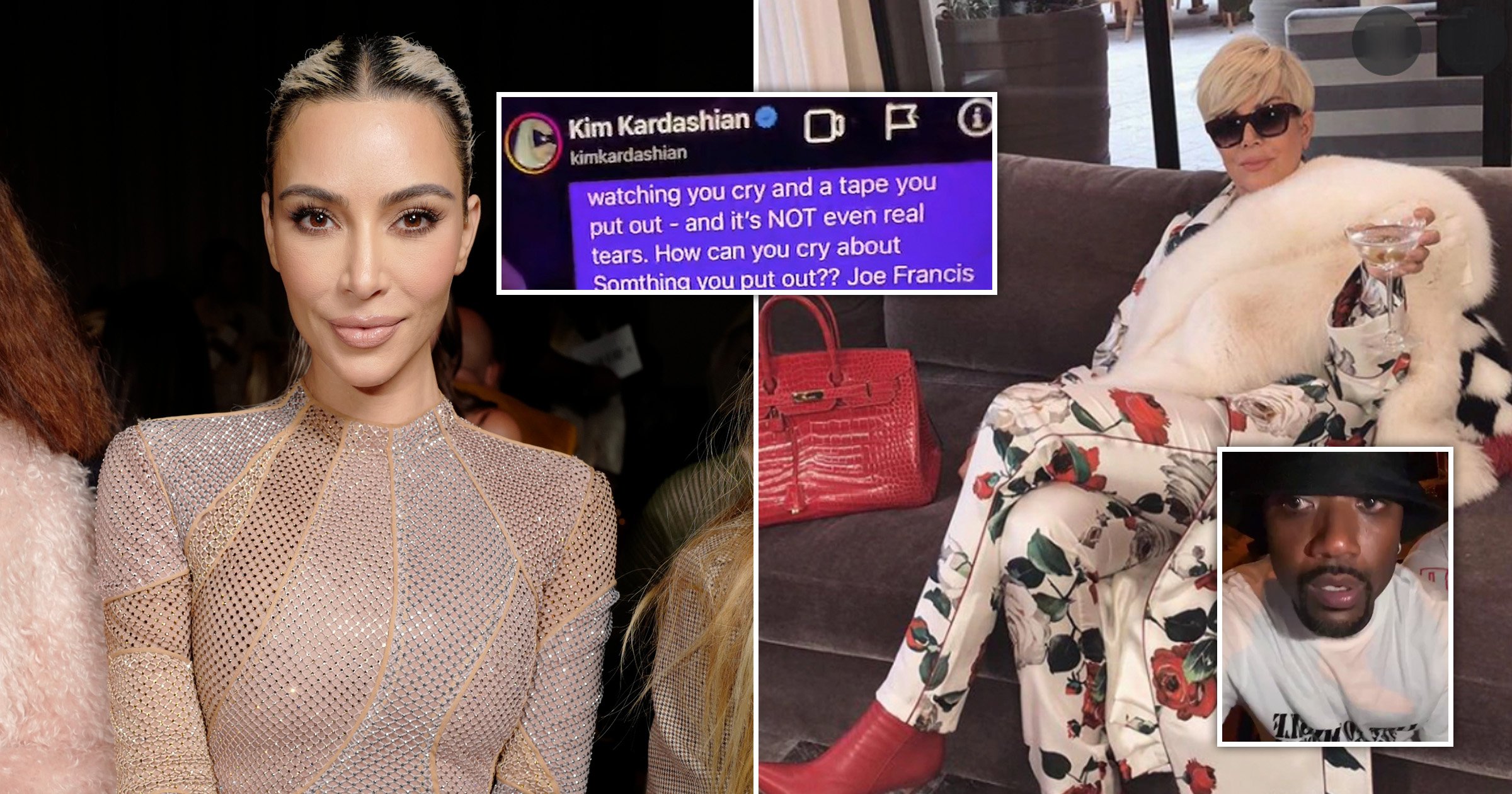 Ray J has made new explosive claims that he and Kim Kardashian made three sex tapes, and that Kris Jenner masterminded the release.

The reality star, who dated Kim from 2003 to 2006, also claimed that they both signed a contract, and that The Kardashians star hand-wrote on the contracts to speed the process along.

On Saturday, Ray, 41, posted a 44-minute Instagram video, sharing messages he sent Kim in April following an episode of The Kardashians that focused on the sex tape. At the time, Kim denied the existence of a second sex tape.

Ray wrote: ‘You know what we did! Your mom controlled this whole sex tape deal with Joe Francis and [Vivid CEO] Steve Hirsch – it was her idea to put out the tape with Vivid. All I did was agree.

‘Now you want to make it seem like I’m doing it again without your control. All those fake tears. Your fans trusting you to be honest and sincere but it’s all fake for the cameras. I was playing my part until you started doing all of this!

‘What are you trying to ruin me when you know I was just a player in this! You have to stop believing you own lies! I have to let the world know the real [because] you’ve taken it too far now. Somebody needs to explain the play you are doing to me ASAP or I will have no choice but to protect my brand and family and expose real.’

Kim, 41, argued that she never said anything bad about Ray J, with the pair going back and forth over DM.

Kim said in one message: ‘It was upsetting to have to deal with and I am sure can understand how that feels. My “burn them to the ground” comment was a generalization to anyone threatening to hold this over my head 20 years later. We are both parents now with young kids and careers and I’m sure you want to move on from this just like I do. But your manager is the person who brought this all up out of nowhere and I have a right to share how it affected me.

‘Next week’s episode airs where Kanye brings me the computer and he says he got back from you, which shows you in a positive light for giving that to him. Thank you for doing that. Just spoke with my team. We will get something out tomorrow morning to clarify that this was a joke and that you would never gave done something like this. Hope this helps and I’m sorry [too]’.

Ray claimed that he did not leak anything.

He wrote: ‘Why are you such a liar? I would think you would slow it down after you lied your way to fame. I’m watching you cry about something you put out – and it’s not even real tears. How can you cry about something you put out? Joe Francis and [your] mo are the real players in this! You’ve defamed my name and tried to kill my career but God didn’t allow you to. Now you trying to do it again. I’m ashamed of myself for letting you do this to me for so long. You can never deny what you did.’

He asked: ‘There’s no way I could use Kim Kardashian’s name in this contract if she wasn’t a part of it, right?’

On a list of deliverables is hand-written ‘Cabo Intro, Cabo Sex, and Santa Barabara Sex,’ which are claimed to be the titles of three sex tapes.

Ray claimed Kim hand-wrote the titles to speed along the process, and shared a separate hand-written note, which he alleged was from her, to compare the writing.

He also hit out at John Grogan, the man who conducted the lie detector test on The Late Late Show, branding him a ‘fraud’.

During the lie detector test, James asked Kris: ‘Did you help Kim release her sex tape?’

John said Kris was telling the truth and she responded: ‘We cleared that up!’

It came after Ray left a comment alleging that Kris ‘masterminded’ the release of the tape.

He left a comment on TheShadeRoom’s Instagram saying: ‘What about my mom Kris? You telling people false stories about me, making the black man look horrible, for your gain.’

He went on to allege: ‘You introduced me to Steve HIRSH, you masterminded everything 4 your family, and tried to ruin mine at the same time smh.

‘You don’t think all mothers get stressed ? Or you special huh? – I know it’s old and I don’t care — this makes me sick – but God had my back and still does.’

The sex tape was filmed when Ray and Kim were on holiday in Cabo San Lucas for Kim’s 22nd birthday in 2002.

It was released by Vivid Entertainment, on a DVD titled Kim Kardashian, Superstar.

Kim and Kris have not publicly addressed Ray J’s most recent claims. In 2016, reps for the stars denied similar claims that Kris ‘engineered’ the release of the tape.

Metro.co.uk has contacted reps for Kim Kardashian and Kris Jenner for comment.