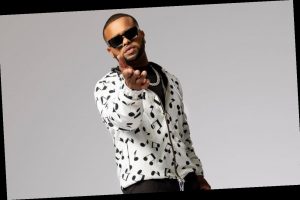 In a video that he shares on his Instagram page, the founding member of RnB boy band B2K vehemently denies all claims of violence made by his ex-girlfriend Kalee Brookes on Tiktok.

AceShowbiz –Raz-B has responded to the abuse allegations which were leveled at him by former girlfriend Kallee Brookes. In a video that he shared on his Instagram page on Sunday, March 28, the musician vehemently denied all claims of violence.

“Recently, it was brought to my attention that Kallee Brookes has made false accusations, about a black eye and me forcing myself on her sexually,” the founding member of R&B boy band B2K shared. “I’ve known Kallee for 20 years. This is my friend. This is my roll dog. We used to go to parties together and have a great great great time. It saddens me that I opened up the door with these amazing opportunities, from ‘Love And Hip Hop’ to the ‘Millennium Tour,’ that during the time we were together, we had such a toxic relationship. Many people can vouch and testify to the love and respect that I have for Kallee.”

“It’s been numerous of times where Kallee has been abusive to me that led to the 2019 incident where we actually got into an altercation,” he said. He went on to say that he was saddened by how Kalee took to TikTok to accuse him of abusive behavior. Raz also mentioned that they could forgive each other because he forgave her.

Kalee has yet to respond to Raz-B’s denial.

Earlier this week, Kalee came forward with physical and sexual abuse allegations against Raz-B in a TikTok video. “What’s a f***ed up thing that your ex did to you? I’ll go first,” she said in the clip. “First he gave me a black eye and I told everyone I did it to protect him. Then he strangled me in a parking lot where he said he was going to kill me.”

“I didn’t press charges because I thought it was all my fault. He put a large down payment on a car, apologized, and said he would never do it again,” she explained. Accusing him of rape, Kalee added, “I was afraid of him and didn’t know how to get away until finally, he held me down, had sex with me against my will, impregnated me, put me in the hospital and I finally had the courage to get away from him.”