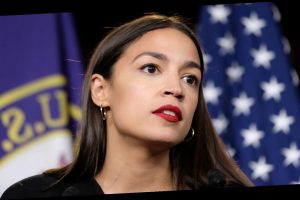 Rep. Alexandria Ocasio-Cortez, a Democratic congresswoman from New York, bravely revealed that she is a sexual assault survivor while talking to supporters on Instagram Live.

The 31-year-old politician spoke to over 150,000 viewers on Monday night (February 1) about her experience during the insurrection at the U.S. Capitol on January 6.

Ocasio-Cortez told viewers about went happened in the days leading up to the riot and also what occurred while the terrorists were inside the building. She then spoke about how Republicans want us to “move on” from that day and she compared these people to abusers.

“They’re trying to tell us to move on without any accountability, without any truth-telling, or without confronting the extreme damage, loss of life, trauma,” AOC said during her Instagram Live.

“The reason I say this, and the reason I’m getting emotional is because they told us to move on, that it’s not a big deal, that we should forget what happened, or even telling us to apologize. These are the tactics of abusers,” AOC continued. “I’m a survivor of sexual assault and I haven’t told many people that in my life. But when we go through trauma, trauma compounds on each other. Whether you had a negligent parent, or whether you had someone who was verbally abusive to you, whether you are a survivor of abuse, whether you experience any sort of trauma in your life, small to large. These episodes can compound on each other.”

AOC tearfully revealed that during the insurrection, she locked herself inside her bathroom as she thought her office had been breached. It turned out to be a Capitol policeman inside the office.

“I thought I was going to die…I have never been quieter in my entire life,” she said.